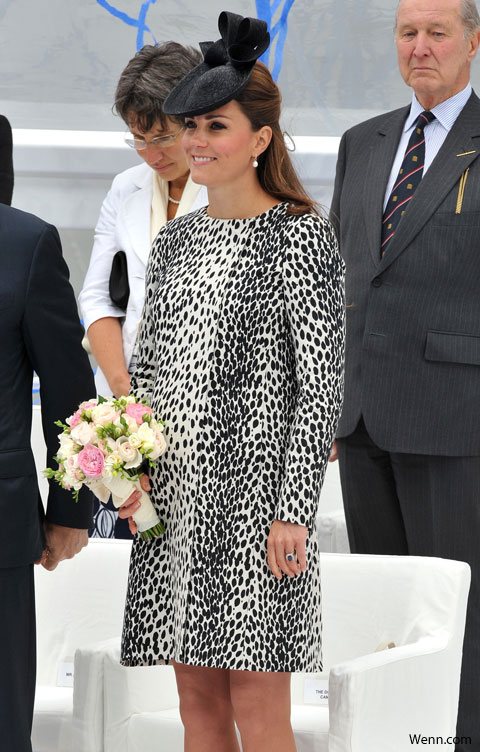 Her due date and sex of her baby are still being withheld, but there are some details leaking that she will have a water birth, and use hypnotherapy to ease labor.

A source told Grazia magazine “Kate has researched various birthing methods. She wants it to be natural, so hypno-birthing is one option that appealed and she had been reading up on it and listening to CDs to get into the right frame of mind.”

According to the NYDN, she’s also considering giving birth in the “birthing pool at St. Mary Hospital in Paddington, London, where her husband, Prince William, was born.”

Hynotherapy during birth, often called “hypnobirth” or “the Mongan Method” is a unique method of relaxed, natural childbirth education, enhanced by self-hypnosis techniques. Jessica Alba used this method to give birth to her daughter Honor. In 2008 she told OK! Magazine about her experience, “I didn’t scream. It was really Zen.” Her husband Cash said it was “amazing,” and “She didn’t make a sound.”

“The labor was more like meditation,” Jessica said. “I did yoga breathing. I was focused.”

Find out why Kate Middleton isn’t a princess