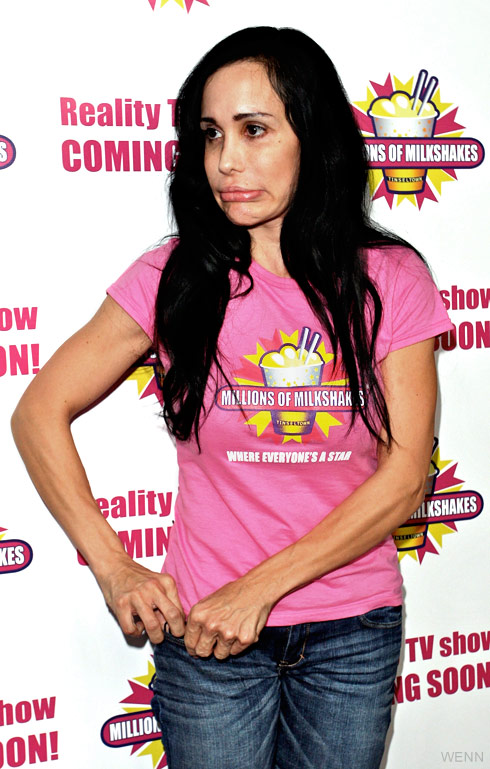 Octomom Nadya Suleman could be spending more than five years behind bars after the L.A. County District Attorney’s Office charged the 38-year-old mother of fourteen with three felony counts of welfare fraud. Included in the charges are one count of aid by misrepresentation, and two counts of perjury by false application for aid, with the District Attorney claiming Nadya failed to report earnings of approximately $30,000 from the first half of 2013.

According to the site, the L.A. County of Welfare and Fraud Department had determined Octomom had received $15,683.00 that she was not eligible for over a period of four months. The site points out that she made well over $200,000 in 2012 and could only have qualified for welfare if she had made under $119,000 a year. I am assuming the $119k figure, which seems ridiculously high to be eligible for welfare, is because she has fourteen dependents.

Octomom under investigation for welfare fraud