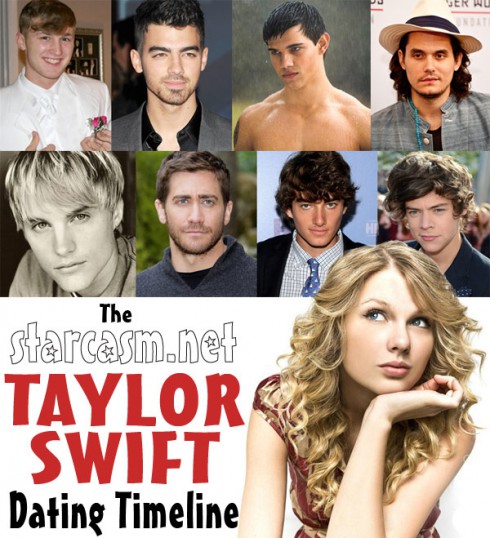 Taylor Swift appears to be living a real-life, superstar-studded version of The Bachelorette as she continues to generate a seemingly endless supply of song writing material through a similarly endless string of busted relationships. The 23-year-old six-time Grammy Award winning singer has left a trail of broken hearts that includes the likes of John Mayer, a Kennedy, and a Jonas Brother as she continues to try to find Mr. Right, keeping tabloids and blogs like this working around the clock to keep up.

For those of you new to the world of Taylor’s dating history, we here at Starcasm have taken it upon ourselves to create a detailed timeline of her love life — starting with her freshman year in high school and going all the way up until this week’s split from One Direction’s Harry Styles! We’ve also tossed in a few important Taylor Swift dates that aren’t romance-related so you will have a context for what else was going on in her life at the time. (In case you’re wondering who she was dating when she got disrespected by Kanye West at the MTV Music Awards, for example.)

* Editor’s Note — The author of this post was awarded a merit badge in Taylor Swiftology for her efforts compiling this timeline. It is a great honor, and one of many bestowed upon our much-loved Blog Scout Lindsay! It is only the second Taylor Swiftology badge we have ever awarded, the other belonging to the writer of this article’s companion post, “Decoding Taylor Swift clues: List of songs and the exes and other people they’re about.” 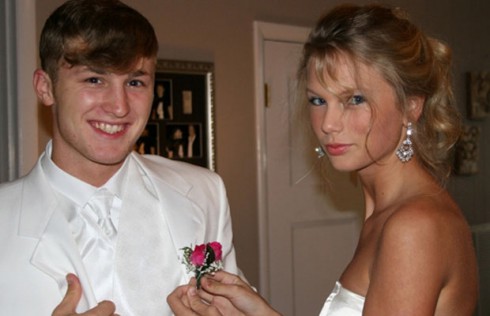 2005 — Taylor dates Brandon Borello, a senior, during her freshman year of high school. The relationship ends when he goes off to college, but she goes on to write three songs about him including “Tim McGraw,” “Our Song,” and “Fifteen,” and he is flattered. “He bought the album and said he really loved it, which is sweet. His current girlfriend isn’t too pleased with it, though.”

2009 — Taylor begins dating Lucas Till who starred in Hannah Montana: The Movie as well as Taylor’s “You Belong With Me” music video, but things don’t last more than a couple of months.

September 13, 2009 – Kanye West interrupts Taylor‘s acceptance speech after she wins the award for Best Female Video, saying, “Yo Taylor. I’m really happy for you. I’ll let you finish, but Beyonce had one of the best videos of all time!”

November 2009 — Taylor and Taylor Lautner break up after a brief relationship, although it remains unclear if they were ever actually dating. A source tells PEOPLE, “the media made way more out of it than it is.” However, the song “Back To December” was reportedly Taylor’s apology to Taylor L. about their break up.

December 17, 2009 — Lucas Till spills the beans about his relationship with Taylor Swift telling MTV, “We just really both liked each other … but most relationships work out ’cause you get along and then you don’t, and then you make up and it’s passionate. And with us I really just liked her as a friend. That’s the only reason that didn’t work out.”

Late 2009 — Taylor is linked to ladies man John Mayer. Some outlets have even claimed that Taylor lost her virginity to him which is why she took the break-up so hard.

February 2010 — Taylor and John Mayer split leading her to reportedly pen the song “Dear John” which included the following lyrics: “Dear John, I see it all now that you’re gone/Don’t think I was too young to be messed with/The girl in the dress cried the whole way home/I should’ve known.”

April 2010 — Taylor denies having a relationship with Cory. 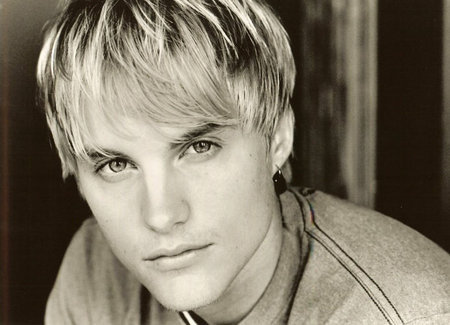 July 20, 2010 — Taylor is rumored to be dating Toby Hemingway, her love interest in her music video for “A Rose To the Fallen.” After shooting the video, they are spotted getting cozy at a West Hollywood Cafe.

September 12, 2010 — Taylor performs “Innocent” at the VMA’s just one year after Kanye’s mic-stealing incident. The lyrics include, “It’s okay, life is a tough crowd/32, and still growin’ up now/Who you are is not what you did/You’re still an innocent.” Did you hear that Kanye?

October 12, 2010 — When asked by MTV who her celebrity crush is, Taylor replies, “Taylor Lautner. It’s always going to be Taylor.” 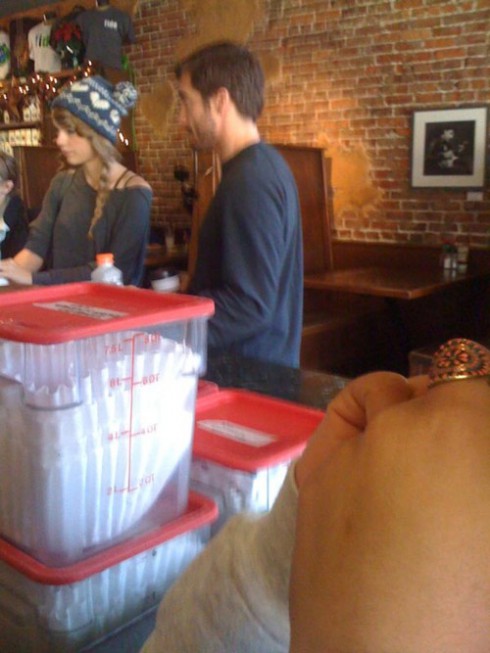 October 2010 — Taylor gets linked up with Jake Gyllenhaal and the pair immediately strike up a romance.

November 22, 2010 — Taylor Swift and Jake are photographed together in public for the first time at the Fido Eatery and Coffee Shop in Nashville, Tennessee. Following their coffee date, the two carry on a very public romance and are often photographed together which led some to speculate that it was all a publicity stunt.

January 2011 — Taylor and Jake reunite for a dinner date, but nothing comes of it and they stick with their original plan to go their separate ways.

February 2011 — Taylor was rumored to be dating Zac Efron while on the promotional trail for their movie The Lorax. Both parties deny ever having dated. During the month of February, Taylor also reportedly went on a date with Glee’s Chord Overstreet. 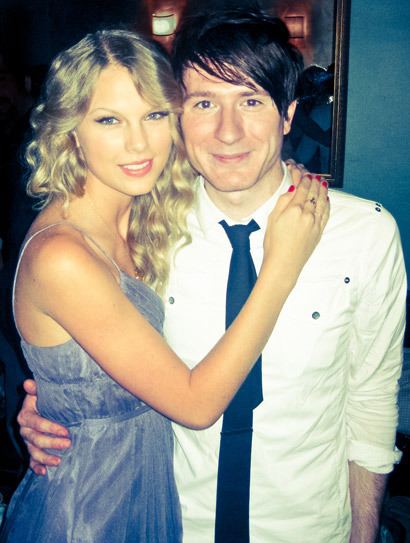 March 8, 2011 — Owl City’s Adam Young responds to Taylor Swift’s “Enchanted,” a song written about their romance that never was, with a heartfelt blog post and his a recording of his own version of “Enchanted.”

April 1, 2011 — Taylor goes on a low-key date with Garrett Hedlund in Nashville, Tennessee. “She has actually spent time getting to know Garrett,” an insider said at the time. “He’s cute — and he’s into country music! [She] likes that he’s a normal guy.”

October 2011 — Taylor strikes up a relationship with Eddie Redmayne who she meets while auditioning for a part in Les Miserables.

December 8, 2011 — Taylor is spotted in Nashville with Will Anderson of the band Parachute after meeting at a New Year’s Eve bash in 2008 where they were both performing, but the meeting appears to be strictly platonic.

February 2011 — Eddie breaks things off with Taylor because he has no interest in a long-distance relationship.

Mid-Summer 2012 — Taylor reportedly begins casually seeing Harry Styles but once she gets word that he was also seeing Emma Ostilly, she quickly calls it off (until a few months later). 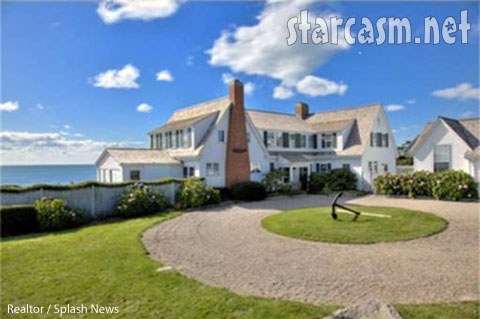 August 22, 2012 — Taylor is accused of crashing Kyle Kennedy’s wedding to Liam Kerr in Boston, a story which is confirmed by the mother of the bride, Vicki Kennedy, and Kathie Lee Gifford who was a guest at the affair.

September 2012 — Taylor and Conor break up and she writes “Everything Has Changed.”

October 1, 2012 — Taylor calls John Mayer ‘presumptuous’ for thinking that her song “Dear John” was about him — even though it probably was.

October 22, 2012 — Taylor’s new album “Red” hits stores with messages (probably) to her exes including John Mayer and Jake Gyllenhaal, who she allegedly had in mind when she wrote “Never Ever Getting Back Together.”

October 25, 2012 — Sources confirm that Taylor Swift and Conor Kennedy had parted ways one month prior. “It was just a distance thing. No hard feelings,” they said.

October 30, 2012 — Taylor is rumored to be getting close to British singer Ed Sheeran who sparks rumors even further when he gets a tattoo paying homage to her album “Red.” However, sources claim the two are just friends.

November 14, 2012 — Taylor and One Direction band member Harry Styles are spotted hanging out backstage during a filming of The X-Factor. 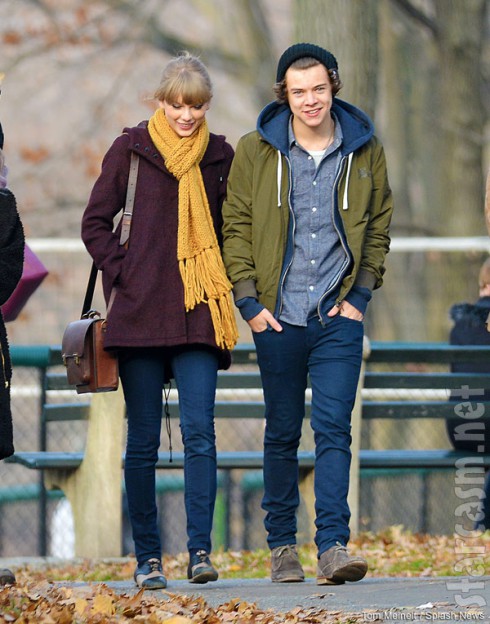 Early December 2012 — Taylor and Harry go public with their romance during a date in New York City at the Central Park Zoo.

January 4, 2013 — Taylor and Harry break up after a romantic vacation in Virgin Gorda gone wrong. According to reports, the two got in a fight a couple of days into their getaway and in result, Taylor returned to the states sans Harry.

February 19, 21013 — Ed Sheeran is spotted at Taylor’s London hotel the night before the Brit Awards and reports claim he “stayed in (her) room, just the two of them, until around 4 a.m.”

Miley Cyrus goes bare-chested on Cosmo cover; is she putting her music on hold for her fiance?