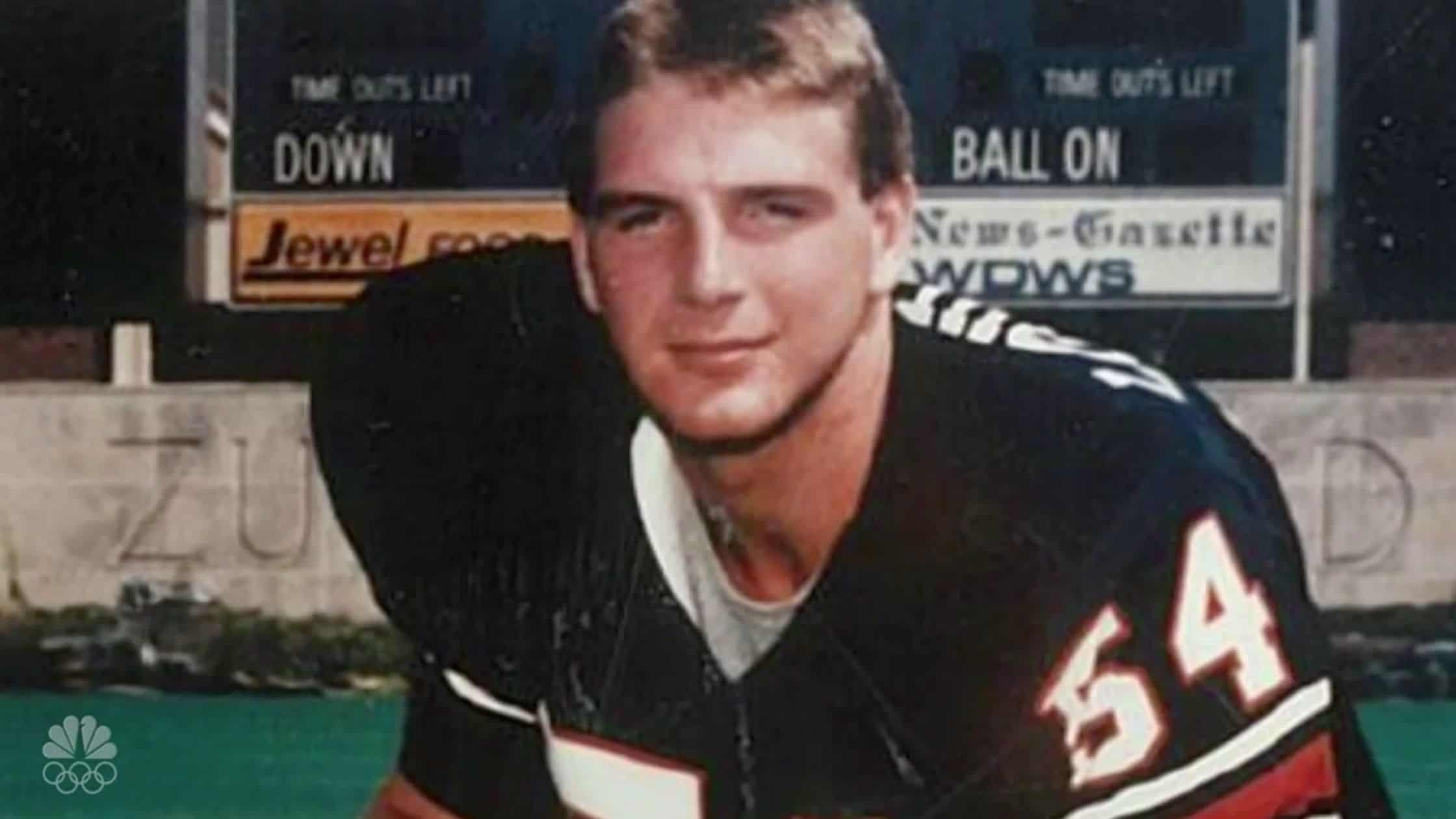 Curtis Lovelace was an All-American college football player turned prosecutor who ended up as a defendant on trial for murdering his wife.

Curtis and his first wife Cory Didrikson went to the same high school, but they didn’t really know each other them. They started dating during college. They ended up getting married in 1991 and having four kids together. While Curtis went to law school, she worked to support them. Curtis went on to have a successful career living the dream of becoming a prosecutor. 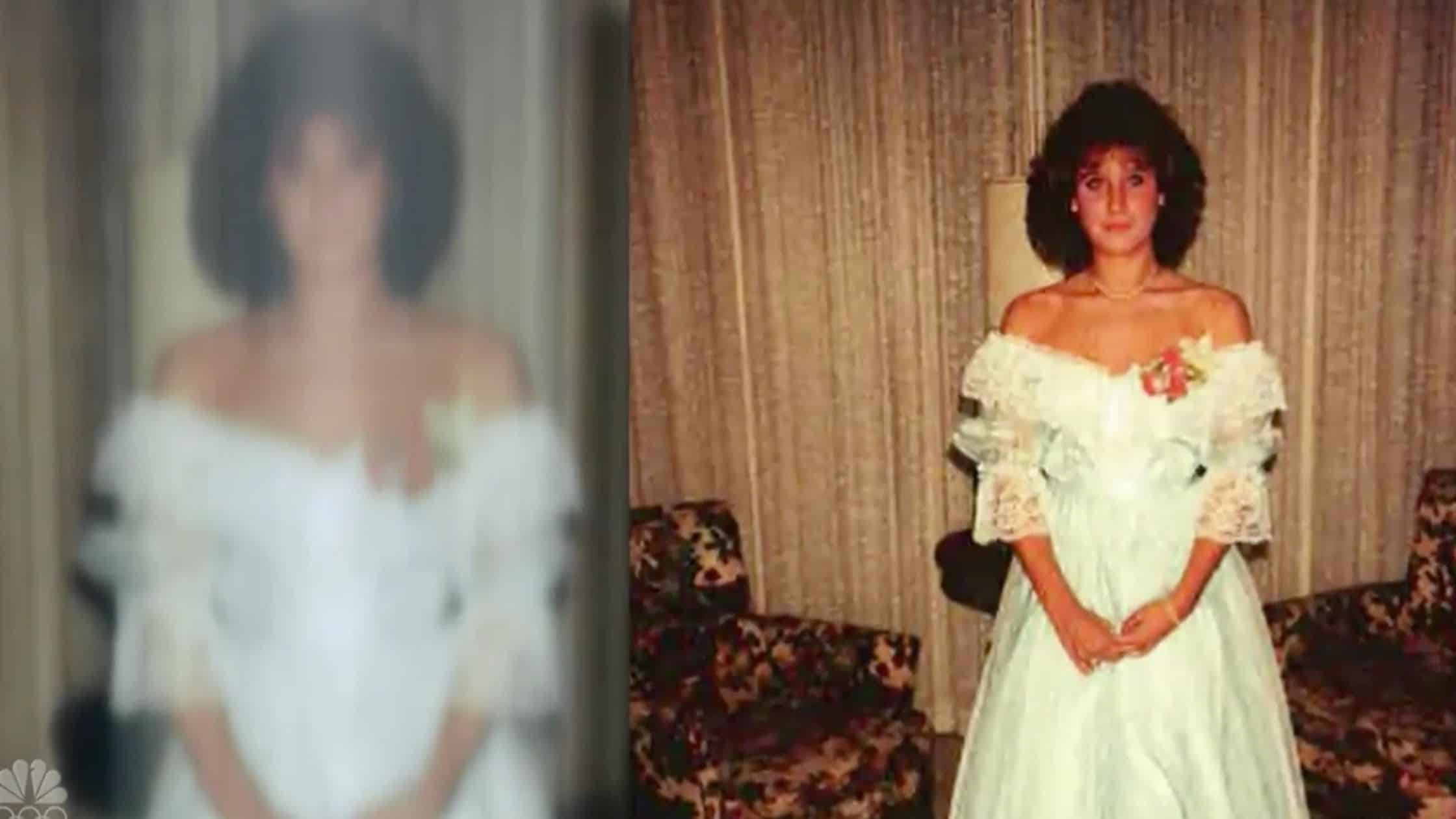 Their seemingly idyllic life ended in 2006 on Valentine’s Day morning, when 38-year-old Cory was found dead after suffering from flu-like symptoms the previous days. According to her husband Curtis, she had been alive and awake at 8:15 that morning. Curtis had canceled a class he was teaching to take care of Cory that morning, but she still came downstairs to help the children get ready for school even though she wasn’t feeling well.

Curtis says when he returned home, he first checked his email, and then went upstairs to find the bedroom door open just as he had left it. But he felt “something in the distance didn’t seem right.” As he got closer he could tell that she was “pale and motionless.” He shook her and called out her name, and when she didn’t respond after that, he knew she was dead. He then took their youngest son, 4-year-old Larson, out of the house. Curtis did not call 911, but instead, he called his job and then told his mother-in-law while dropping off his son. He also did not try to perform CPR in an effort to revive her. He explains this by saying that he did not know how to act.

There was no mark on Cory’s body, but her abdomen was still warm to the touch by the time authorities arrived at the scene, which means her death had happened within the hour. Detective Jeff Baird noticed that her arms were in an odd position above her chest when death and gravity would have more than likely had brought her arms down. Curtis told the detective that her arms were as he had found them, and he had no moved them.

Another small detail came to Detective Baird’s attention: a white cup that faintly smelled of alcohol on the bedside table. Curtis told the police that Cory liked to drink vodka tonics and that they both had a problem with alcohol. He also disclosed that Cory had been battling bulimia, and had recently been suffering from falls.

Cory’s father John, who was battling stage 4 lung cancer, died soon after Cory. Although Cory was cremated, her family bought her a burial plot next to her father.

The town of Quincy, Illinois joined forces to help the suddenly widowed father-of-four but were soon shocked to find that he had moved on with a new love just three months after Cory’s passing. “She was different than anyone I had ever dated before,” Curtis said in a Dateline episode first aired in 2017.

His new girlfriend was Erika Gomez, a student from his business law class at Quincy University. Erika says she bumped into her professor at a nightclub soon after his wife’s death. She found him to be incredibly charming. Eventually, Erika and her daughter moved in with Curtis and his brood. Two years later they married and moved to a new house.

Curtis’ daughter Lyndsay did not get along with Erika, so Lyndsay went to live with her grandmother. Eventually, Erika started to notice a coldness growing between herself and her husband. He would spend more and more time down in the basement instead of with her. Soon the distance between them exploded into rage.

In 2013 Curtis filed for divorce after five years of marriage with Erika and started dating his high school homecoming date: Christine. The pair had reunited over Facebook and still had a connection. Curtis married for a third time, and even the then-20-year-old Lyndsay got along with her. Soon Christine had opened up a pie shop and adopted Curtis’ sons as her own.

In late 2013, new detective Adam Gibson was looking through old cold cases and got interested in the details surrounding Cory’s death. He was immediately struck by a photo of Cory’s dead body with her arms stuck in a strange position. This would mean rigor mortis had set it, meaning the photo was taken hours of her death, not within the hour as previously thought. Because Cory had been cremated, they could not perform another autopsy. They did, however, have the original autopsy report revisited.

Detective Gibson also started interviewing family and friends. Not many people knew much about the marriage, but neighbors did report hearing loud arguing. Daughter Lyndsay told Detective Gibson that her parent’s marriage had been rocky. Lyndsay did remember that her mother was awake early that morning before school, which corroborated her father’s story.

Meanwhile, Dr. Jane Turner was reviewing Cory Lovelace’s autopsy report and determined that Cory had died 10-12 hours before the photo was taken, which means she could not have helped the children get ready for school that morning. She felt that the arms were positioned in a way that suggested something had been under her arms, that had been removed. The abrasion in her mouth was consistent with suffocation death, and Dr. Turner theorized that she had possibly been suffocated with an object that was left under her arms, and then was later removed.

After years of no questions about his involvement in his wife’s death, suddenly Curtis Lovelace was a person of interest. Curtis was arrested in August, 2014 on the way to his wife Christine’s pie shop. Curtis told detectives that he didn’t remember much about that day, but he was sure that he did not argue with his wife the night before, and did not suffocate her with a pillow.

The detectives had also questioned Curtis and Cory’s three boys. The youngest boy, who had only been four years old at the time, said he didn’t know if his mother was alive that day. The other two boys do remember seeing her that morning.

Curtis was arrested and found himself appearing as a defendant in the same courtroom he had worked as a prosecutor in. After telling the police twice that she remembers seeing her mother alive that morning, Curtis’ daughter Lyndsay took the stand to testify that she did not know if her mother was alive. She said no one had taken the time to “ask her sincerely” before, and that she herself had not properly reflected on that day. She said when Detective Gibson asked her, she didn’t realize why he was asking and had simply repeated the story she had always told. She says in reality she remembers nothing about that morning. Lyndsay and her father had had a serious falling out that’s unrelated to Cory’s death, but Lyndsay is adamant that she was not changing her story to get back at him, but instead to be true to what she really remembers that day.

Prosecutors believe that in the two days between Cory’s death and the boys’ first police interview, the children could have been coached on what to say by their father.

Something odd about the murder theory is that there were no signs of struggle. Furthermore, the oldest son didn’t remember hearing an argument the night before his mother’s death. A doctor for the defense argued that Cory’s death could easily be explained by her history with bulimia and liver disease. The jury could not come to a conclusion, so the first trial ended in a mistrial.

The state offered Curtis a plea deal, but he would have to plead guilty. Instead, they decided to gear up for a costly second trial, even though they were now out of money. Christine was able to get help from a pro bono lawyer. Christine also asked her friends for help posting bail for Curtis.

The second trial was moved from Quincy to Springfield Illinois and brought another surprise: the testimony of Curtis’ second wife Erika Gomez, who had some bombshell information. Erika testified that Curtis was physically and sexually abusive to her, and physically abusive to his children. As in the first trial, neighbors reported hearing loud fighting from the Lovelace home, including on the night before Valentine’s Day in 2006. A new forensics expert testified that Cory’s wound was very fresh, so it could not have occurred days earlier from a fall, as the defense argued.

Erika also testified that Curtis blurted out something very strange after a night of drinking “I felt her writhing beneath me.” He quickly tried to say that he was talking about a black cat. She also claimed Curtis poisoned her and her daughter. The defense countered that she had not sought medical help for this supposed poisoning.

The prosecution got a huge win with the testimony of Paramedic William Ballard, who said he was the one who moved Cory’s arms to place the EKG stickers. This was the first that the detectives and prosecution had heard this account explaining what had happened to Cory’s arms to fix them in that unusual position.

Curtis Lovelace also took the stand in his own defense. He claimed that he was not a violent man, and had not abused his second wife Erika. After only two hours of deliberation, the jurors found Curtis not guilty in the 2017 second trial.

Curtis, a former prosecutor, now works as a defense attorney. His mission in life is to help the wrongly accused.

20/20 Jordan Brown, man accused of murdering pregnant stepmom when he was 11, is now free