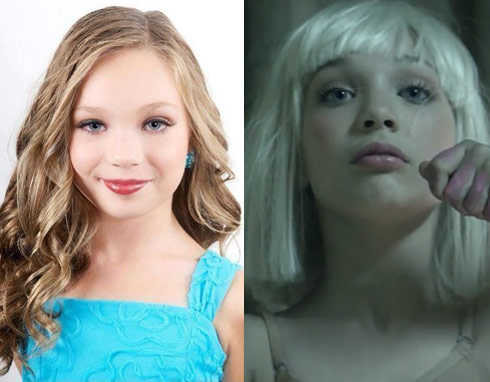 Australian singer Sia dropped the music video for the upbeat lead single “Chandelier” off of her upcoming album 1000 Forms of Fear on May 6. The clip already has well over 5 million views and much of the credit for the success is going to 11-year-old Dance Moms cast member Maddie Ziegler’s stand-out solo performance.

Numerous sites, including Slate, have stated that the piece featuring Ziegler donning a blond wig resembling Zia’s hair and dancing in a small apartment to the choreography of Ryan Heffington is one of the best music videos of the year.

Sia, who is notoriously press-shy, said in a statement of the work she co-directed, “Very proud of the gifted Maddie Ziegler, an incredible crew, choreographer Ryan Heffington, cinematographer Sebastian Wintero and my brilliant co-director Daniel Askill. Together we shared a beautiful day, and created something we are all very proud of. Here are the fruits.”

Maddie has been retweeting some of the many congrats she’s been receiving including this one from Naya Rivera:

Ok my jaw is completely dropped at how good this @Sia “chandelier” video is. That girl Maddie is beyond talented. Best video ever