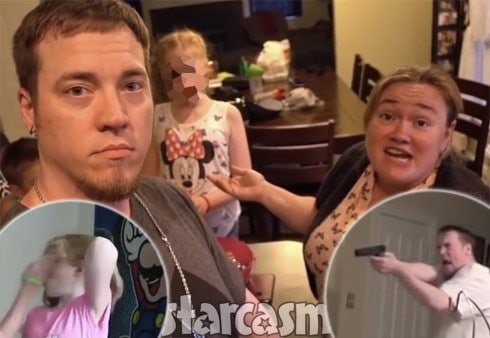 The controversial parents of a YouTube pranking channel were sentenced to five years of probation in a Frederick County, Maryland Circuit Court on Monday.

Heather Martin and Mike Martin had a large following on their DaddyOFive YouTube channel that featured scores of videos of them “pranking” their own children. The content of the videos, especially the viciousness at what lengths the Martins would go to get a reaction out of their kids, was widely criticized and eventually resulted in the filing of child neglect charges by Assistant State’s Attorney Lindell Angel.

The Martins each entered Alford pleas as part of the deal. An Alford plea, which became widely known outside of legal circles following the infamous West Memphis Three trial, allows a defendant to plead guilty by denying any wrongdoing while acknowledging that prosecutors have enough evidence to secure conviction.

The Martins, who lost custody of two of their children, Emma and Cody, the latter being the frequent target of the most heinous “pranks,” could face up to 10 years in prison if they violate the conditions of probation. Emma and Cody currently live with their biological mother Rose Hall.

The Frederick News Post reports that the judge ordered the Martins to have no contact with Emma, Cody, or Hall unless it’s authorized by the court.

The Martins went dark after the controversy made national news but have since reappeared on social media as Mike runs a gaming YouTube channel and Heather still posts pranks that do not feature any of their children to her MommyOFive channel.