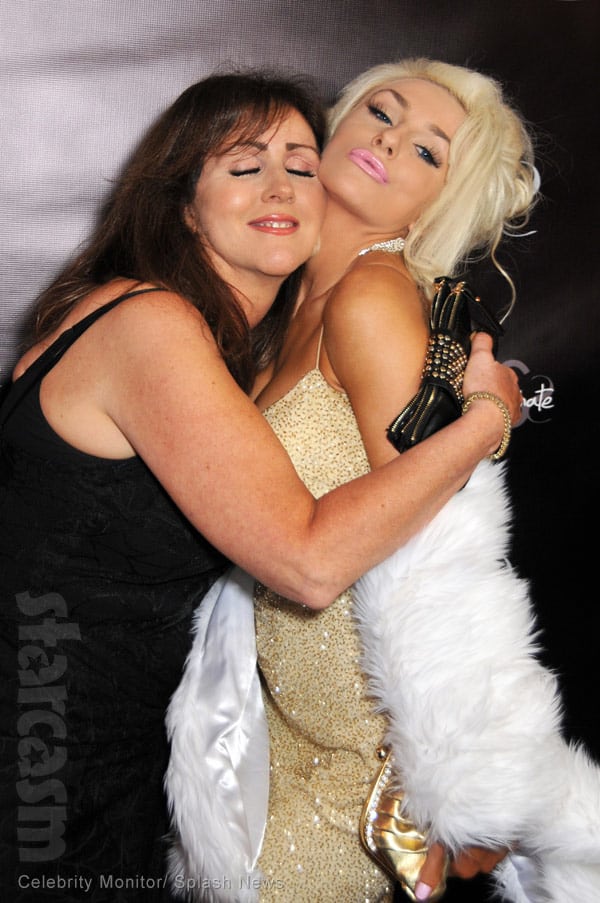 Courtney Stodden’s appearance with her mother, Krista Keller, on Lifetime’s The Mother/Daughter Experiment did not go well, to say the least. While all the other pairings left the house together, Krista’s apology for her emotional affair with Courtney’s husband, Doug Hutchison, was not enough to mend their shattered relationship.

“I chose the wrong path in connecting emotionally with your husband,” Krista admitted to her daughter on screen. “I had no right to do that. I want to apologize for not being the mother that you deserve.”

Although Courtney did accept her mother’s apology, it wasn’t enough. “I feel so betrayed in the most painful way,” Courtney told her mother through tears. “I have so much hurt inside of me. … I feel emotionally abandoned by you. … I came into this house alone, and I think it’d be best for our relationship if I left alone.” That’s exactly what Courtney did. And as she exited, Courtney said: “I’m sorry. I need space.”

Since that time, Courtney has maintained her distance from her mother — even after revealing she was pregnant with her and Doug’s first child back in May. (Krista certainly didn’t help matters by suggesting Courtney might be faking the pregnancy.)

So what is an estranged mother of a young celebrity to do? Write a tell-all book of course. Krista announced earlier today that she will soon be adding “author” to her resume in an interview with Radar Online:

I am writing a tell-all. I’m going to tell the complete story so that people will understand why this happened and how it happened. Courtney had a wonderful childhood. If I’m guilty of anything it’s guilty of spoiling her. We all spoiled her. Courtney was the youngest child, there is an 8- and 10-year age difference between my two older children and Courtney. I was 34 when I had her. She was a baby we never really thought we would have. Courtney was over-indulged. Sometimes when you over-indulge, people mistake that for a bad childhood. She had a lot of love. On Couple’s Therapy she even said “I had a beautiful life.” 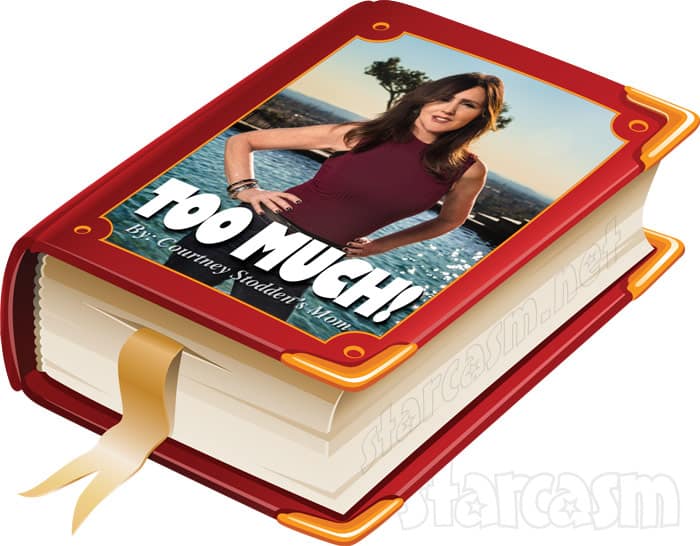 Krista told the site that her book will be titled Too Much! “The reason I called it that is because we have too much over-correction,” Krista said. “When I was a child, I didn’t have all the things Courtney had, and I wanted to make sure that she had the things I didn’t have. I over-reacted. I gave her too much. but did everything from love.”

So what about that apology to Courtney on The Mother/Daughter Experiment finale? “It was a show that was majorly edited,” Krista explained. “I didn’t say that at that time. That was from a conversation two days earlier,” she added.

“When I apologized to Courtney for having an emotional tie to Doug, I was saying I had no right to be his confidant,” Krista explained to Radar. “I really should have turned that over to someone else.” She said that she “apologized for anything that I could have done wrong. It was taken out of context.”

Krista was adamant about her questionable relationship with Hutchison. “There was never any sex involved,” she told Radar. She revealed that she took a lie detector after the show regarding the matter, and passed with flying colors.

“There was drama, but it doesn’t have to be this way,” Krista told Radar. “Five years ago when he really needed somebody to talk to, we talked. It would be different if we were kissing and having sex.”

In honor of Krista’s book title, I thought I might wrap up this post with my two favorite “too much!” songs by two other estranged characters:

Perhaps Courtney and Krista could each perform their own versions of the songs? I think Courtney should be Heat Miser and Krista Snow Miser — what do you think?

Meanwhile, be sure to keep up with Courtney Stodden on social media because her first pregnancy has been quite entertaining so far — and Courtney’s only three months along!