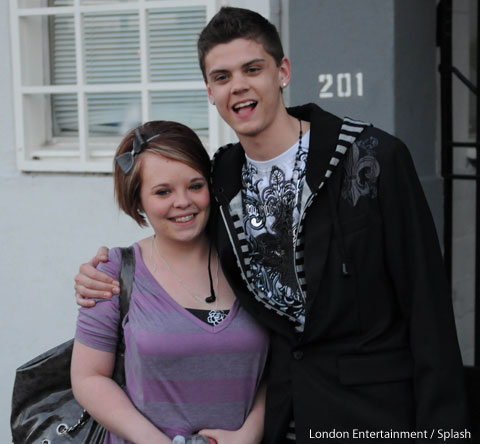 Former Teen Mom stars Catelynn Lowell and Tyler Baltierra have shared their ups and downs on television for years now, but their fans thought that their relationship was pretty close to perfect. That’s why it was a bit of a shocker when they decided to do VH1’s Couples Therapy. A new preview clip for the show, which premieres June 12, shows that Tyler has cold feet, and sometimes thinks he should have left Catelyn.

“Sometimes, I feel like I should’ve just left her and been done with it,” Tyler says in the video. He also says that he’s reconsidering getting hitched. “I don’t know if I’m ready to be married,” he tells Catelynn. “That’s why we’re here.”

Catelynn responds “You don’t know if you want to be with me for the rest of your life?”

Catelynn complains about Tyler’s sex drive during a group session.

Hopefully Catelynn and Tyler (who are still together) were able to work through some of their issues and become stronger than ever!