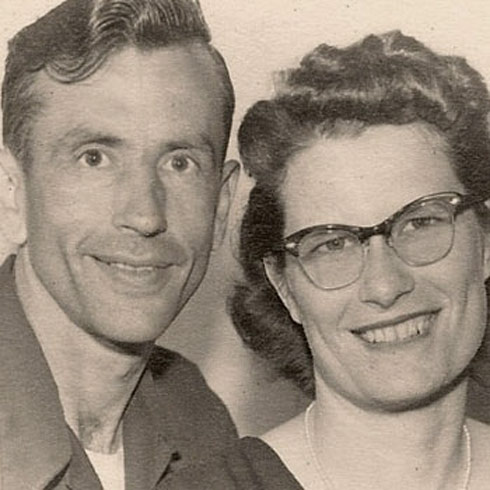 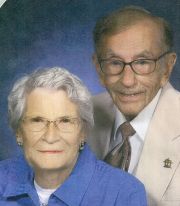 Get your handkerchiefs out as I relay to you one of the most beautiful and life affirming stories I’ve come across while working as a blogger.

The couple you see above and to the right is Gordon and Norma Yeager. The two were inseparable in their 72 years of marriage and it was no different last week as they passed away a little over one hour of each other holding hands.

On the very day that Norma graduated high school she accepted Gordon’s proposal and the two wed on May 26, 1939. Their son had the following to say about his mom and dad and their love for each other:

“They just loved being together. Everybody argues once in awhile but he’d say, ‘I have to stick around. I can’t go until she does because I have to stay here for her’ and she would say the same thing.”

Last Wednesday the couple left their home together to head to town but they didn’t make it. Gordon pulled in front of an oncoming car and the two were taken to a local hospital and the nurses knew not to separate the two. Their son added:

“They brought them in the same room in intensive care and put them together — and they were holding hands in ICU. They were not really responsive.”

Gordon died first at 3:38 PM as the loving family the two built gathered around them. This next part is one of the most beautifully human things I’ve ever read.

“It was really strange, they were holding hands, and dad stopped breathing but I couldn’t figure out what was going on because the heart monitor was still going,” said Dennis Yeager. “But we were like, he isn’t breathing. How does he still have a heart beat? The nurse checked and said that’s because they were holding hands and it’s going through them. Her heart was beating through him and picking it up.”

Just over an hour later, at 4:48PM Norma passed away too still holding her husband’s hand.

At their funeral on Tuesday the two who shared a lifetime of love held hands in their caskets as the ones who loved them and were touched by their lives mourned.

With all of the negative things that come across my story lists just one like this blows all that other stuff away. I would like to dedicate the following song “Gulf Coast Highway” written by Nanci Griffith and performed by Willie Nelson and Emmylou Harris to Gordon and Norma and the example they set:

“And when we die we say we’ll catch some blackbirds’ wing and we will fly away together come some sweet blue bonnet spring.”

Here is the Yeager’s official obituary from Central Iowa’s Times-Republican:

Gordon Yeager, 94, and his loving bride of 72 years – Norma Yeager, 90, of State Center, passed away together, hand in hand, at the Marshalltown Medical & Surgical Center on Wednesday, Oct. 12, while surrounded by their family.

Visitation for Gordon and Norma will be held from 5 to 7 p.m., Sunday, October 16, at the Mitchell Family Funeral Home West Marshall Chapel in State Center. Funeral services will be held at 2 p.m., Monday, Oct. 17, at the Mitchell Family Funeral Home in Marshalltown. Following cremation, a private family burial will be held at a later date at Hillside Cemetery in State Center. Memorial contributions may be directed in their names to their family. For further information or to send a condolence please visit www.mitchellfh.com.