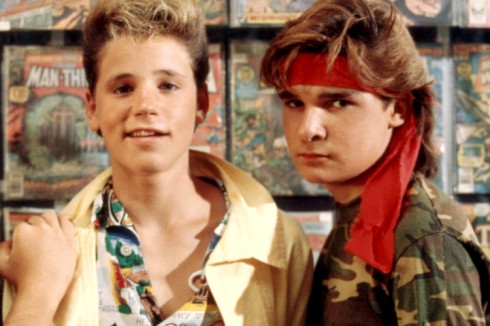 Corey Feldman, the former ’80s teen heartthrob famous for roles in The Lost Boys, Stand By Me, The Goonies and more, had a well-documented fall from fame throughout the past couple of decades. Now, he’s opening up about the demons that pulled him down — and how he’s scratching his way back.

In his new biography, Coreyography, the surviving half of “The Coreys” talks about being used as a meal ticket by his parents, getting sexually abused by seemingly trustworthy adults and finally forming a healthy relationship with Michael Jackson.

From the very beginning, Corey said he felt more like a pawn in his parents’ survival scheme than a loved child. They forced him into show business at a young age and, although he embraced the industry, he was tormented by the pressures. In one instance, his mother threatened to kill him when he was fired from a TV movie.

“She is out of control, wild-eyed, like an animal. Her face is bright red and blotchy, her cheeks are streaked with mascara. ‘You know I need this f***ing money. I will kill you. I will f***ing kill you, you worthless piece of s**t,'” Corey recalled of his mother’s rant.

He was also deprived of standard childhood joys, such as riding a bicycle, because his parents couldn’t afford for him to get hurt. 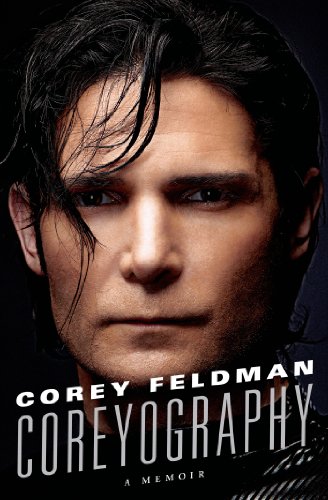 Eager to relate to others, Corey formed close bonds with entertainment industry peers. He best connected with Corey Haim, a fellow teen actor with painful experiences of his own: According to Corey, Corey Haim told him during one of their first conversations that he was sexually molested while on the set of 1986’s Lucas.

“An adult male convinced him that it was perfectly normal for older men and younger boys in the business to have sexual relations, that it was what all the guys do. So they walked off to a secluded area between two trailers… And Haim allowed himself to be sodomized,” Corey said in his biography, which was excerpted for The New York Post.

At that point, Corey Feldman opened up to his new friend about his own encounters with a man he thought he could trust.

“Slowly, over a period of many years, I would begin to realize that many of the people I had surrounded myself with were monsters,” Corey recalled.

Besides Haim, one of the few kindred spirits Corey really found was Michael Jackson.

“Michael Jackson’s world, crazy as it sounds, had become my happy place. Being with Michael brought me back to my innocence. When I was with Michael, it was like being 10 years old again,” he said, adding they also bonded over their fears abuses.

Even though he had a few confidantes, Corey said no one was able to step in at the height of his drug addiction — which resulted in multiple arrests. Fortunately, Corey said he was eventually able to conquer his addictions and is now sober. Corey Haim wasn’t so lucky: He also got sober, but a lifetime of drug abuse had taken its toll and he died of pneumonia in 2010.

These days, Corey Feldman spends a lot of time speaking out against the threats of pedophilia in Hollywood. He also acts in occasional low-budget, although he says that’s way more desirable than his experiences as a child actor.

“My only advice, honestly, is to get these kids out of Hollywood and let them lead normal lives.”

Coreyography is set for release on Oct. 28.

Details emerge about Amanda Bynes’ situation: ‘She is absolutely out of control’

PHOTOS What does former singing prodigy Charlotte Church do now?