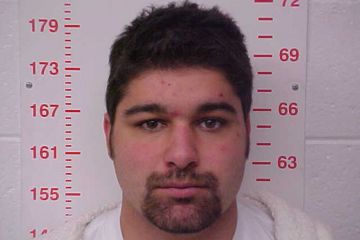 20-year-old Missouri man Blaec Lammers was charged Friday morning with “first-degree assault, making a terroristic threat and armed criminal action” after his mother contacted authorities over her concern that he was planning a massacre at a local Twilight screening.

Blaec’s mom became concerned when she found out her son had purchased weapons similar to the ones used in the Aurora, Colorado movie theater shooting, and contacted authorities Thursday.

They called him into an interview where he at first said he’d purchased firearms for hunting, but as questioning progressed he said he identified with the Aurora shooter, and stated that he had purchased tickets to a Sunday showing of Twilight with the intent of shooting people at the theater.

He bought 400 rounds of ammunition so he wouldn’t run out, and had even thought of shooting people at Wal-Mart in order to get more ammunition.

It’s hard to imagine how difficult it must be to turn in your child to the police because you fear he’s homicidal, but it was a necessary thing, and has saved lives.

Can you overdose on marijuana? Can pot kill you?