I feel I am obligated as someone who gets so much from TV to give back sometimes to the tube that giveth. In this vein I present to you what should be the only necessary full encapsulation of NBC’s The Playboy Club that will ever need to exist.

Some shows change lives and for “Clubbers,” the official name for hard-core The Playboy Club fanboys and girls, this Eddie Cibrian and Amber Heard vehicle brought back the beauty and fabulous sexiness of the golden era of Hugh Hefner’s Playboy Club vision. During the show’s run from September of 2011 to October 2011 it’s as if we were put in a time portal and magically transported to the days of bunny tails and bunny tales.

Nick Dalton is the premiere playboy of Chicago. A prominent defense attorney, Nick is house counsel for the Playboy Club, but his interests there aren’t strictly professional. For one thing, he’s dating Carol-Lynne Cunningham, the first Playboy Bunny and the Club’s most popular performer. For another, Nick is running for State’s Attorney of Chicago, and if you want to mingle with the power brokers and deal makers of the city, the Playboy Club is the place to be.

Born an orphan, Nick was taken in and raised by Bruno Bianchi, the head of the Chicago Mafia, and groomed for the family business. After graduating from law school, Nick went to work as a “fixer” for the Bianchis, making the family’s problems disappear – by any means necessary. Three years ago, Nick made a clean break from the family, and he’s been trying to make up for lost time ever since, defending the disenfranchised and disempowered of Chicago against corrupt city bureaucracies and underworld thugs. Now he’s running for State’s Attorney on an ambitious campaign to clean up the city. Even if Nick is done with the Bianchi family though, it’s not clear that they’re done with him, and just as his campaign gets underway, a series of unforeseen circumstances forces Nick to consider whether he can ever truly escape his past.

Her mother institutionalized for mental illness and her father long gone, Maureen bounced from one foster home to another as a child. Now a tough, street-smart and resourceful young woman, Maureen moves to Chicago to start a new life. She finds a home at the Playboy Club, and the Bunnies become the family she has always dreamed of having. But then, a horrific accident leaves Maureen with blood on her hands and the head of the mob dead at her feet. She wants to call the cops, but she gets better advice from none other than Nick Dalton, the former fixer for the mob and now a candidate for State’s Attorney. They bury the body and must work together to keep the mob off their trail. But, having been on her own for so long, it’s hard for Maureen to trust anyone, much less a mysterious man like Nick Dalton.

Carol-Lynne was on her way to becoming a Broadway star when she suddenly gave it all up to spite her demanding stage mother. She moved to Chicago and was working as a waitress at the Gaslight Club when Hugh Hefner discovered her. Carol-Lynne became the first Playboy Bunny and the only one with the privilege of performing on stage. Her beauty and talent caught the eye of many prominent men in Chicago – including Nick Dalton, a successful young lawyer and one of the most coveted bachelors in the city. But Carol-Lynne wants more than to be just someone’s wife. Aware that a Bunny’s career is a limited one, Carol-Lynne smartly makes her move into management and becomes the Bunny Mother. Now she must train and supervise all of the Bunnies, a challenging task that she tackles with her usual cunning and grace. Carol-Lynne is determined to have it all – a successful career and a loving partnership with Nick… until the new Bunny, Maureen, arrives and threatens to destroy everything Carol-Lynne has so carefully built.

Billy Rosen, the manager of the Playboy Club, often wonders how he managed to crash the party, but he’s certainly not complaining now that he’s there. By night, Billy finds himself in the center of the action, surrounded by a bevy of Bunnies and rubbing elbows with the elite of Chicago, but come morning, he’s back in the suburbs making breakfast for his wife and two children. A confidante of Nick’s, Billy adores his family but more than occasionally feels jealous of his friend’s glamorous, carefree lifestyle. Billy is loath to relinquish any of his authority over the Club’s business affairs, and he’s becoming increasingly wary of Carol-Lynne’s ever more blatant attempts to usurp his responsibilities. Billy has worked hard to make the Club into the success that it is today, and he is not about to allow Carol-Lynne or anyone else to push him out of the way. But like everybody else at the Club, Billy has secrets…

To the outside world, Alice appears to be the perfect 1960s American housewife: a sensible, modest and thrifty partner to her husband Sean, who is a talented young politico with a bright future ahead of him. But appearances can be deceiving. In actuality, Alice is a lesbian; Sean is gay; and their “lavender” marriage is a carefully contrived performance to hide the truth of their sexuality from a world unwilling to accept them for who they are. A large portion of Alice’s earnings from the Playboy Club goes toward funding for the Chicago chapter of the Mattachine Society, a secret national organization working to end discrimination against gays and lesbians. Alice hopes that someday she’ll have the courage to come out to her friends and colleagues at the Club, but she has no idea what their reaction might be. It’s only a matter of time before her secret gets out.

Being a young, African-American woman, Brenda is keenly aware of how the worldviews her. But inside the Playboy Club, she’s safe to dream big. Brenda knows how lucky she is to be a Bunny and doesn’t take it for granted. She’s close with the other Bunnies and relies on them to keep her in check at times since she can be quite competitive and hotheaded. Sassy and bold, Brenda has no problem telling it like it is – except when it comes to her own family. Her Baptist pastor father thinks she’s a schoolteacher in Atlanta, and he’d be furious if he knew the truth. Though she plays the part of a rebellious daughter, deep down Brenda longs for her father’s approval.

Amongst the Bunnies, Janie is affectionately considered the Club flirt – and she’s proud of it. Sexy, wild-spirited and fun, Janie is often the life of the party, and her sense of adventure is infectious to all around her. She makes no apologies for her active sex life and can be counted on to give her fellow Bunnies frank advice on the opposite sex. But when it comes to her own love life, there is more turmoil than she would like to admit. Whether dodging the advances of enamored key holders or the marriage proposals of Max, the Club’s bartender with whom she is entangled in a steamy affair, Janie is far from settling down. Is it her take-no-prisoners attitude that keeps her from getting too close… or a secret more binding than her satin Bunny outfit?

Max, the bartender at the Playboy Club, is a small town kid in the big city. Max grew up on a farm in Iowa, and he was desperate to get out of town from as far back as he can remember. An aspiring photographer, he’s always had an eye for beauty, a sixth sense that has gotten him in trouble more than once. After a year in Chicago, Max now fancies himself a suave urbanite, but he still has a lot to learn, particularly about love. If he’s not careful, he may find himself falling for the wrong person.

I always get a little emotional when I think of the bartender-hearted Max and how he raised the bar on tenderness in an emotionally chaotic club.

Now let’s take a look at each and every episode to air in this franchise. It all began with the pilot episode in which viewers were brought into the fold of the hippest club in Chi-town.

It’s the early 1960s and the newly opened Playboy Club is the center of Chicago’s social scene. As provocatively dressed Bunnies take care of everything from drink orders to checking coats, the city’s gentlemen and their guests enjoy a nightclub like no other. 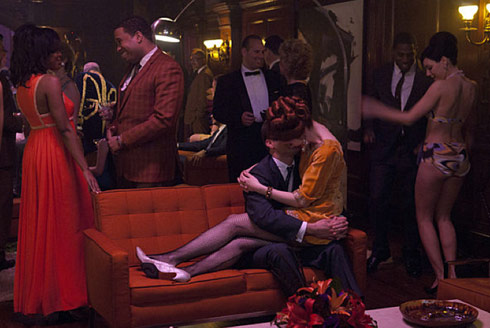 In the penultimate episode to the shocking finale we have The Bunnies competing to be Hef’s pick as a centerfold while Nick steps up his campaign for State’s Attorney. 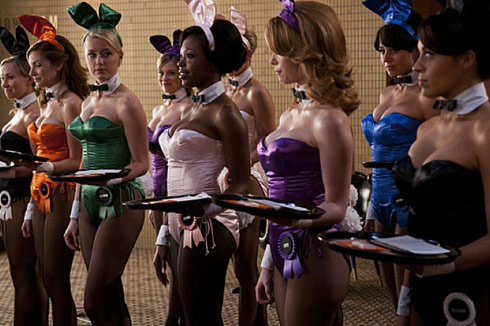 Clubbers were facing a firestorm of emotion as they tuned in for the final chapter of the period-piece drama that was The Playboy Club. The curtains were closed on this run with Maureen hanging with the mob while Nick steps up his campaign and Carol-Lynne breaks in a new Bunny. 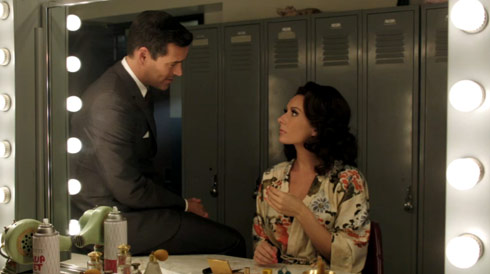 In conclusion as viewers all we could do was take in the sound advice of Bunny Mother Carole-Lynne:

“Remember what I told you. Cover your tracks and watch your back. You never know when trouble is coming.”