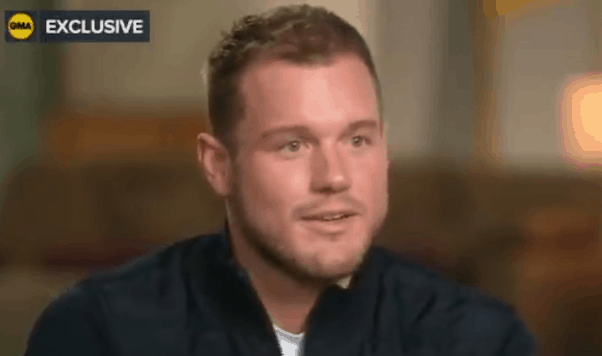 CELEBITCHY – Congrats to everyone who had Colton Underwood comes out on their pandemic bingo cards. The former Bachelor star told Good Morning America that the past year has given him the chance to really reflect and come to terms with some things about himself, and that he’s now ready to announce he’s gay

THE ASHLEY’S REALITY ROUNDUP – Former #PumpRules stars Jax Taylor and Brittany Cartwright revealed that Brittany gave birth to their first child this past Monday. Cruz Michael was born Monday afternoon in Los Angeles; mother and son are both healthy

THE BLAST – Courtney Stodden has to wonder about timing — the evening before Colton’s big GMA interview, Courtney took to Instagram to announce that they’re gender non-binary and their preferred pronouns are now the ones we’ve been using in this sentence about them

REALITY TEA – Marlo Hampton says the current season of Real Housewives of Atlanta was a “snoozefest” and the show needs Phaedra Parks back. Not sure about the latter but the former is definitely true — especially considering all the buzz and build-up and male stripper dicks we were teased with

LAINEY GOSSIP – Apparently, the Oscars are going to be “more like a cocktail party” this year, but the producers are also “focus[ed] on making this thing feel like a film”? I can’t picture those two things together, necessarily, but I have to say it sounds intriguing. And there’s at least one movie I’m excited to see before the ceremony itself!

VOX – This is the second glowing review for Gold Diggers, the debut novel by Sanjena Sathian, that I’ve seen in a week. And frankly, a story that “uses heists and alchemy to deconstruct immigrant ambition, striving, and sin” sounds pretty terrific

JEZEBEL – Gonna let the headline speak for this one: “Did Usher Tip Strippers With Fake Money With His Face Printed On It? An Investigation”

GO FUG YOURSELF – Elton John’s classic song “Rocket Man” came out 50 years ago yesterday. But William Shatner’s iconic rendition — brought to the attention of a new generation thanks to Stewie Griffin’s cover — is still only 43

DLISTED – I really do wonder what young celebrity marriages are like. If Justin Bieber thinks his first year of marriage to Hailey Baldwin was “tough,” I wonder exactly how much your emotional relationship (and maturity) is complicated by having to be in different places all the time and never getting to spend that much time together just doing simple boring wonderful stuff?

THE HOLLYWOOD GOSSIP – Another strong headline: “Lauryn Shannon: I Can’t Get a Job Because Mama June Smokes Crack!”