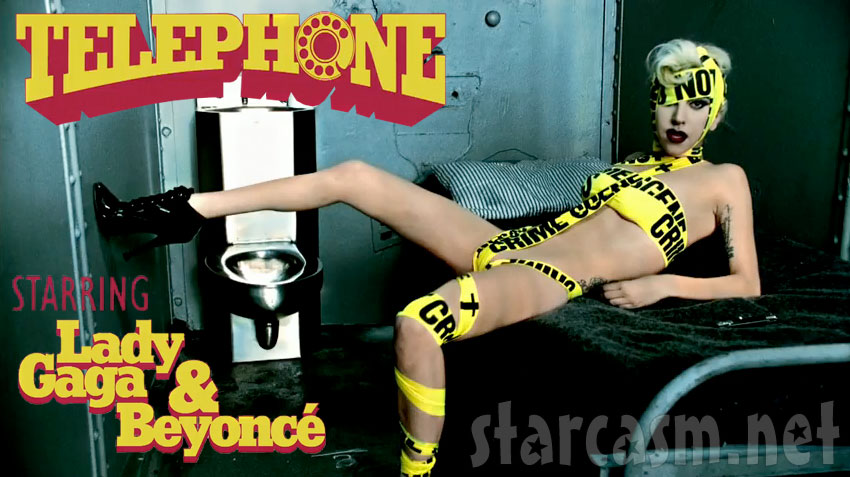 MTV has not banned Lady Gaga and Beyonce’s provocative “Telephone” video. In fact, they plan to play it over and over and over on television during the few times that they actually show music videos, and also have it available to watch online.

The rumor that MTV did clutch their pearls and reach for their smelling salts while banishing Lady Gaga and Beyonce to their rooms to think about what they did started with a wild hair that irritated CNN Weekend reporter Fredericka Whitfield while she was on a rant about how “sexual and violent” the video was while proclaiming the end of Beyonce’s career for being involved in something like this. She says had this to say (Fredericka’s source: your shocked memaw):

“It’s so strong, so suggestive, so sexual, so violent as well, that MTV has said, ‘We’re not even going to air this, so it has banned the airing of this video.”

MTV responded (via exec Amy Doyle): “MTV did not ban Lady Gaga and Beyoncé’s ‘Telephone’ video — in fact, we premiered it on Friday, March 12, on-air and online at MTV.com, two days before this story was falsely reported. Fans can continue to catch the video as we repeat it on-air and online.”

CLICK HERE to watch the brilliant video (directed by Jonas Akerlund) that got Fredericka’s panties in a twist.

Kelly Osbourne blasts report about falling off the wagon

Rihanna to cancel US tour because of low ticket sales?