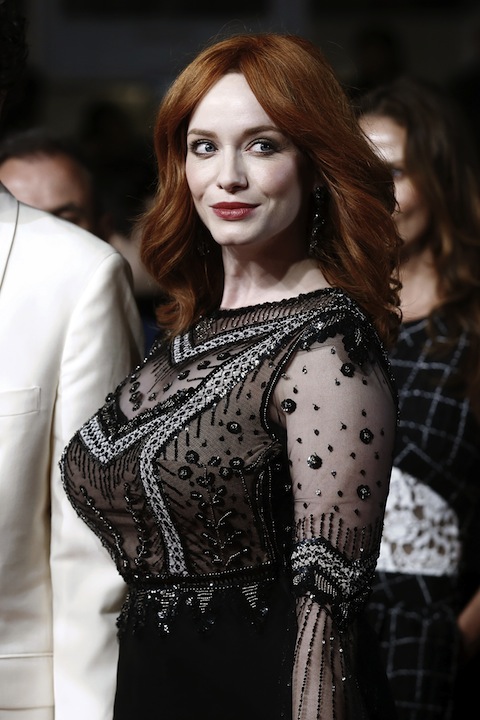 Christina Hendricks has joined the cast of a brand-new Showtime comedy about life on the road with a rock and roll band. Entitled Roadies–who’d’ve guessed?–Hendricks will portray Shelli, the band’s production manager. Early promotional materials describe the character as “[an] ingenious work partner, tough, but privately emotional, married to her job…and scary-good at it.” A lot like Joan Harris, in other words–provided you get rid of that pesky “married to her job” component.

And who is Shelli’s work partner, you ask? Why, none other than Luke “Richie ‘Baumer’ Tenenbaum” Wilson, who’ll portray Bill, the band’s manager extraordinaire. It’s maybe a little difficult to see Wilson in that role–rock band managers don’t *have* to be hard-nosed pricks, though apparently it helps–the guy’s only ever portrayed, for lack of a better word, softies. So maybe he’ll toughen that nose up after all. It’d be something worth seeing. 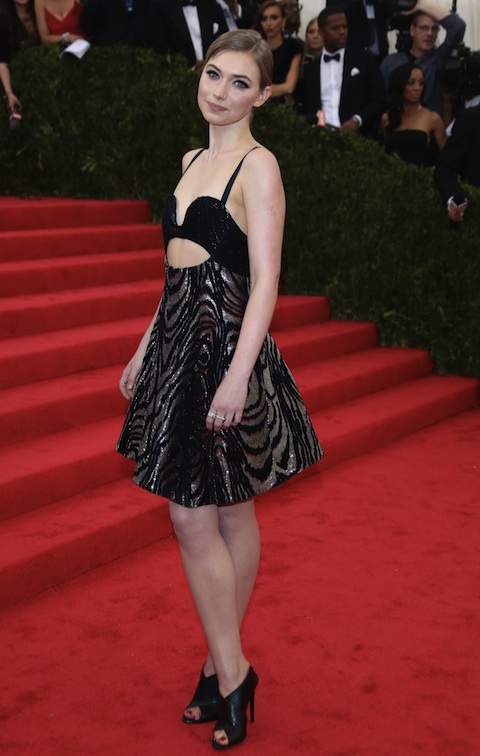 Also in the cast is Imogen Poots, whose name is never not going to be fun to say. Nothing about her character has been announced just yet. But she played Blanche in the 2011 Jane Eyre, and that whole production was fantastic, so there you go.

Probably the single most scintillating detail about this whole project is that it was written by Cameron Crowe, who knows from roadies. Crowe will also direct. The last time he wrote and directed a motion picture about a rock and roll band, really good things happened. Roadies will shoot in Vancouver this coming spring.

PHOTOS I don’t know how Christina Hendricks does it