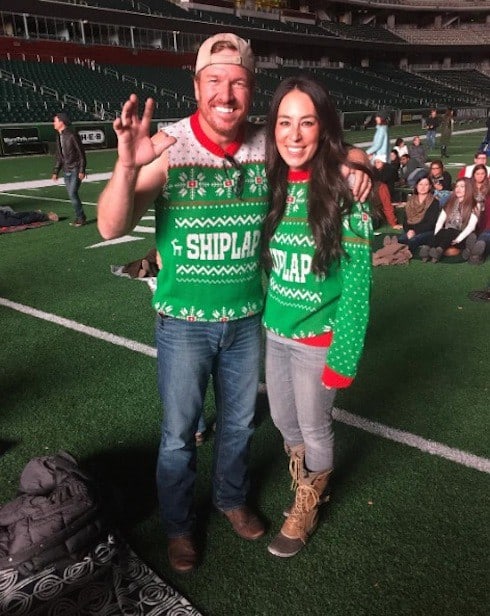 Fixer Upper Season 4 may have just gotten started, but an unexpected controversy is what many fans are talking about. According to a new report, Chip and Joanna Gaines are members of a megachurch whose pastor is an ardent advocate of conversion therapy for homosexuality.

The report, published by BuzzFeed on the day of the Season 4 premiere, explains that Waco’s Antioch Community Church, of which the Gainses are members, is led by Jimmy Seibert, who “takes a hard-line against same-sex marriage and promotes converting LGBT people into [becoming] straight.”

(Conversion therapy as a practice–along wth the belief that homosexuality is a choice–has been widely condemned as both ineffective and demeaning. It most recently made headlines when vice president-elect Mike Pence said he supported devoting resources to groups in favor of the practice while Pence was a congressman and governor of Indiana.)

The Gainses’ devotion to their faith has been well-documented, and Chip and Joanna discuss it at length in The Magnolia Story, their recently released book. (They also address the topic in a more roundabout way in their recent I Am Second video, which you can watch here.) The couple haven’t made an official statement, either jointly or as individuals, about their thoughts on Seibert’s teachings. But, as BuzzFeed also pointed out, Chip and Joanna recently sat for an extended interview with Seibert, during which he called them “dear friends.”

Beyond his connection with Chip and Joanna, Seibert is known for his 2015 sermon in response to the Supreme Court’s Obergefell v. Hodges decision overturning the United States’ ban on same-sex marriage. In that sermon, Seibert calls homosexuality “a sin” and claims that homosexuality is a choice, citing “statistics” that “say that 90% of people who are in a full-blown homosexual lifestyle were abused in some way. Physically, sexually, mentally.”

But, according to Seibert, hope is not lost for gays: “You can lovingly, carefully bring them back to Scripture, be compassionate in the journey….I’ve worked with people for over 30 years — I have seen hundreds of people personally change their direction of same-sex attraction from a homosexual lifestyle to a heterosexual lifestyle. It doesn’t mean they don’t struggle with feelings, it doesn’t mean that they aren’t hurting, it doesn’t mean it’s not challenging. But they have chosen to change. And there has always been grace there for those who choose that.”

Jimmy Seibert founded Antioch Community Church in 1999. According to the church’s web site, Seibert has been married to his wife Laura for 29 years. The couple has five children together, and Antioch has “more than 90 national and international church plants and ministry hubs and tens of thousands of believers meeting together both locally and around the world.”

What are I Am Second videos Chip and Joanna Gaines explain their love, Fixer Upper success