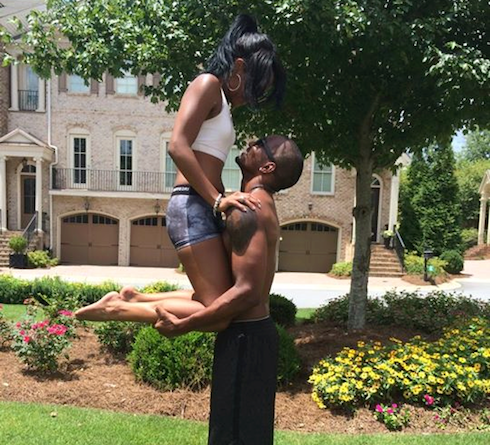 Nick Gordon and his legal team are begging an Atlanta court to halt the Bobbi Kristina wrongful death lawsuit brought against him by the conservator of Bobbi Kristina’s estate. Papers filed by Gordon’s lawyers on their client’s behalf allege the irreparable damage that the lawsuit is doing to Gordon’s reputation. But legal observers allegedly speculate that the real reason for the plea has nothing to do with reputation, and everything to do with murder.

The newest report from People states that Gordon’s legal team has asked the Georgia-based court in charge of the Bobbi Kristina wrongful death lawsuit to pause that lawsuit’s process until after all criminal investigation into Bobbi Kristina’s death has concluded. The paperwork Gordon’s legal team filed says that their client could be “unfairly, legally and financially prejudiced should he be subject to parallel criminal and civil proceedings.”

In addition, the Monday filing by Gordon’s legal team states plainly the reason for such prejudice: they acknowledge that the Bobbi Kristina wrongful death lawsuit says Gordon “is a murderer, a habitual batterer of women, a seducer of young white females, a thief and/or con-man fueled by monetary gain, and a chemist capable of making a toxic cocktail.”

Gordon’s lawyers claim that any statement Gordon makes to defend himself in a civil proceeding could be used as evidence against him in the criminal case. And the claim comes after recent news that a grand jury will decide whether Nick Gordon will indeed be charged in a criminal case.

It’s also possible that Gordon’s ongoing money problems–which he alleviated, temporarily, by posing for tearful tabloid pictures at Bobbi Kristina’s grave–are part of the reason for the request. Speculation is widespread that Gordon would require the services of a second, entirely different legal team, should he be hit with criminal and civil suits at the same time.