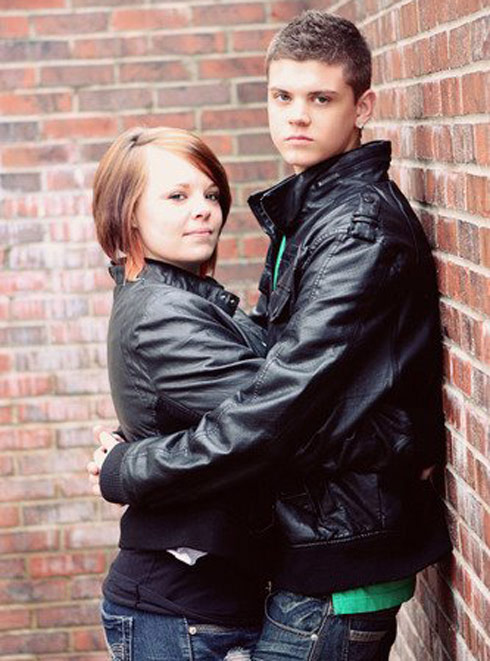 Many of the 16 & Pregnant and Teen Mom stars have been arrested since (and while) appearing on the MTV shows, but few fans know that original Teen Mom cast members Catelynn Lowell and Tyler Baltierra were arrested for “Controlled Substance Use of Marijuana” in 2009!

According to online records, both Catelynn and Tyler were arrested on May 25, just seven days after the birth of their daughter Carly. Anyone who watched their episode of 16 & Pregnant or subsequent appearances on Teen Mom knows that Catelynn and Tyler decided to place their daughter for adoption, and the two teens (and pretty much everyone watching — including myself) nearly fell apart as Carly’s adoptive parents Brandon and Teresa left with Carly shortly after her birth.

Here are the online records of their arrests: 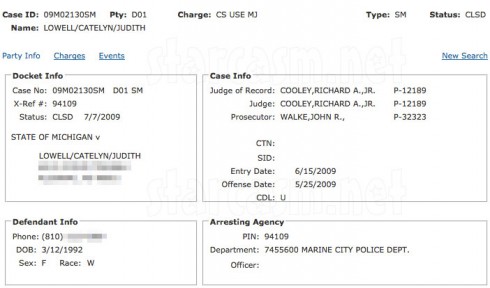 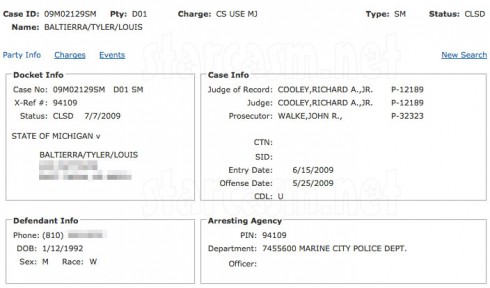 Both Catelynn and Tyler plead guilty on July 7, 2009 and were fined a total of $253 each. Their mug shot photos do not appear to be available to the public.

Though Catelynn and Tyler have never addressed the arrest, I imagine it’s pretty easy to create a narrative of what happened: two heartbroken teens dealing with the absence of their daughter — depression, anger, confusion… It seems understandable that they would try to find some way to make themselves feel better. Marijuana is definitely a widely used drug especially among young people, and is legal for medical use in several states, so this isn’t really a big deal.

In the book Teen Mom Confidential, Tyler’s dad Butch Baltierra was asked about the arrest and he confirmed it before adding, “As far as I know, they don’t do any other drugs.”

MTV cameras continued to capture the lives of Catelynn and Tyler after Carly’s birth, but the arrest and eventual court pleadings were never mentioned on the show. It is possible the pair will address the arrest in their upcoming appearance on VH1’s Couples Therapy, which doesn’t have a premiere date yet.