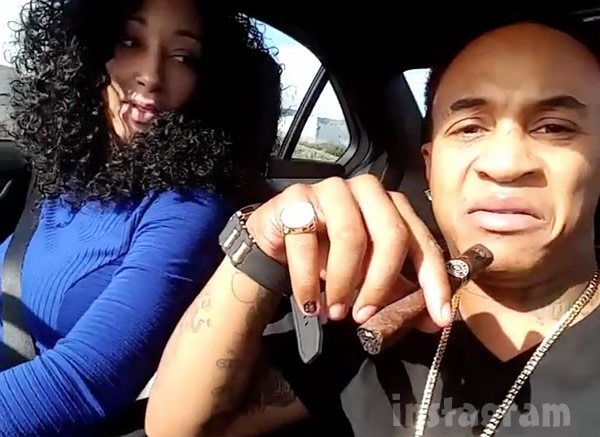 That’s So Raven star Orlando Brown is once again in a bit of legal trouble after he was arrested this week for allegedly hitting his girlfriend in a police parking lot while in possession of meth. In what could easily be an audition tape for a new reality series titled That’s So Orlando, the actor posted a series of Instagram videos yesterday as his girlfriend drove him to court in which he “smoked” an unlit cigar and laughed off the accusations against him.

WE AIN'T GOT NO WORRIES

“They wanna say I beat my woman,” he begins in the first clip, for which he wrote “WE AIN’T GOT NO WORRIES” as a caption. “Baby did I beat you?” he asks his girlfriend. She says something inaudible and shakes her head. Orlando laughs and adds, “It’s so damn funny!”

And here are the rest of the clips with the captions in bold and what Orlando says in each (in case his lawyer advises him to take them down.)

“Baby, can you speak louder for the people can hear you and let you know that I love you baby?”

You n***as know you’re lying! You patted me down, at least about three times before I went inside. Nobody — NOBODY found nothing on me! I’m tellin’ true!”

Come on, let’s be serious. I been in jail for a whole month, and every day in jail is two days. Nobody cared about me! How do you think I feel?

“…had me eatin’ the worst of the worst in the belly of the beast. But see, Jesus hung around all them murderers and swindlers and drunkens and all that, so it was cool man. But it wasn’t cool! Why you do me like this!?”

COME OUT TO MY STAND UP COMEDY SHOW..!! IT'S A FEW THANGZ I NEED TO GET OFF MY CHEST… !!! ….. ("YOUNG STAR ENTERTAINMENT" PRESENTS) MR. ORLANDO BROWN'$ "DIZNEY AFTER DARK" EDDIE WON'T BE THERE !

COME OUT TO MY STAND UP COMEDY SHOW..!! IT’S A FEW THANGZ I NEED TO GET OFF MY CHEST… !!!
….. (“YOUNG STAR ENTERTAINMENT” PRESENTS) MR. ORLANDO BROWN’$ “DIZNEY AFTER DARK” EDDIE WON’T BE THERE !

“What you must understand is, see, you know what? That’s why — that’s why my comedy show, my little special, “Disney After Dark,” y’all need to come because I’m tellin’ all! I’m tellin’ all.”

UPDATE – Well, right in the middle of doing this post, Orlando Brown made his Instagram account private. Perhaps he got some advice from his lawyer, as I mentioned above? Anyways, we will keep checking, and if his account is made public again, we will update with the remainder of the clips.

Meanwhile, you can check out some of Orlando’s past troubles with the law here and here. Oh, and here’s his most recent mug shot photo, in case you missed that: 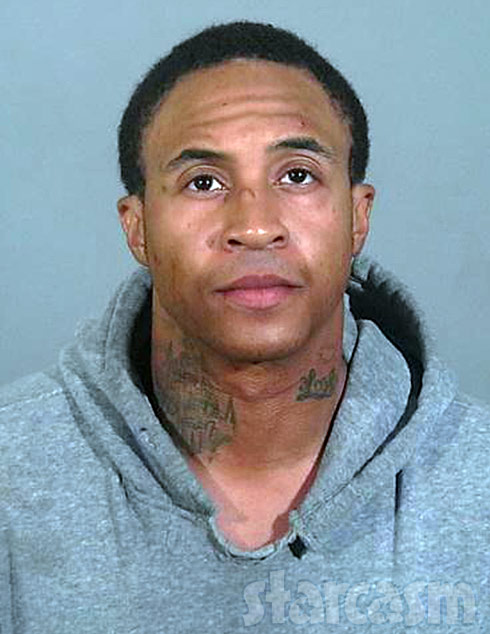 UPDATE – We tracked down one of the videos of Orlando after the court hearing. Orlando captioned it “LEAVING FROM COURT ….. JUDGE SAYS CASE MAY BE DISMISSED!!!!” and here’s what he had to say in the clip: “I’m back y’all. Anyways, judge said he [inaudible] continuances and it looks like the case may be dismissed, and they wanted me to be here at 8:30. Sorry TMZ, I didn’t fall for that. I pushed it back!”

Orlando also posted another clip kissing his girlfriend and added this lengthy caption:

And speaking of Orlando’s girlfriend, whose name is apparently Omena Alexandria, she reposted Orlando’s first video. Here’s that clip followed by Omena defending her relationship with Orlando in the comments section:

OLENA: Why? Do I appear to be a woman who gets beat? My word isnt sufficient seeing as I am a successful, educated, socially concious sistah. Thats crazy seeing as there are real women and children right in your immediate communities who really need help and concern. I apreciate concern for battered women but that’s not this case. I clearly stated he did not beat me. I am too much woman to allow for that in my universe. MUCH LOVE ??

COMMENTER: Praying for your strength #LoveDoesntHurt … Get out while you can ????

OMENA: That is beautiful and very kind of you. However, what am I running from? A man who loves me unconditionally and unapologetically? Someone who would lay the world at my feet, a person who does anything for me.. I am of a special breed of woman, the kind that doesn’t ask for anything as I’m too busy out getting my own. I understand ur sentiments and appreciate that love but as an aspiring talent (you), you should be aware, understand and know.. this gossip crap is just gossip. People would rather believe BS then look around and see for themselves. I am far from a scared, beat woman. Lol. MUCH LOVE