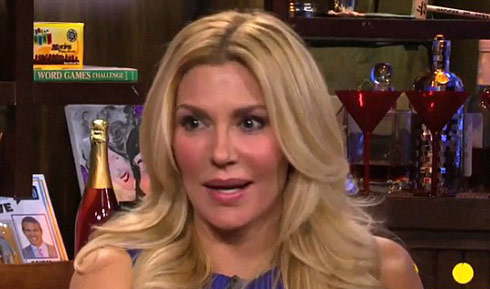 Real Housewife and noted wine connoisseur Brandi Glanville managed to whip up some controversy on Twitter recently–and it had nothing to do with LeAnn Rimes!

Brandi shared the following image on Saturday; it’s a list of items that her 12-year-old son should know about his date. Everything seemed innocent enough–until folks got to #6: 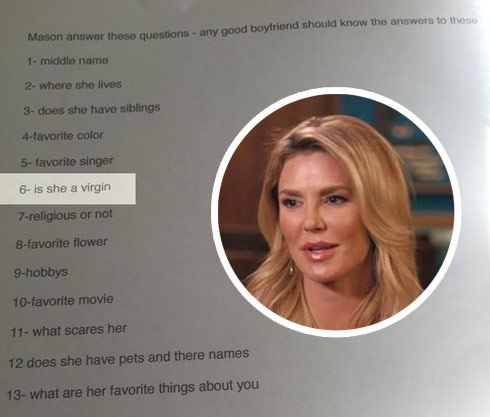 An army of offended Twitter-peeps started firing off angry responses to Brandi, questioning the idea of a 12-year-old asking about his girlfriend’s virginity. Glanville made the mistake of actually starting a back and forth with some of these people.

Here’s a couple of the nicer exchanges: 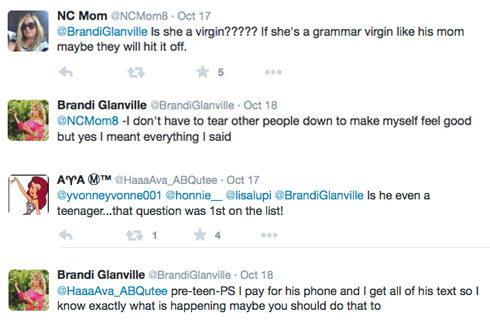 After realizing that she wasn’t going to win any arguments with her detractors, Brandi rattled off a series of angry tweets about the topic: 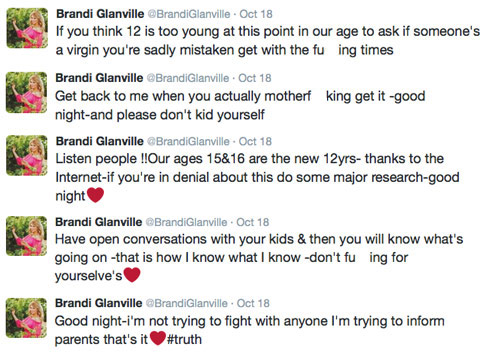 Do you think it’s out of bounds for a 12-year-old boy to be asking if his girlfriend has lost their virginity? Or is this just the times we’re living in?