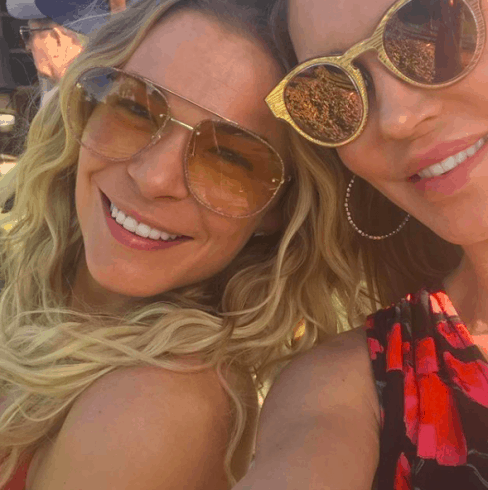 The enduring battle between Brandi Glanville and LeAnn Rimes came to an end earlier this year, and now Brandi’s opening up (to Spencer Pratt and Heidi Montag) about how and why she finally hurried the Hatchett with her children’s stepmother.

In 2009 LeAnn Rimes had an affair with Brandi’s then-husband Eddie Cibrian on the set of Lifetime movie Northern Lights. The affair turned into much more than just a fling, as both LeAnn and Eddie left their spouses and married each other. Although many said it wouldn’t last, the pair are still together and going strong.

Brandi has found it hard to accept that Eddie left her for LeAnn, and the women have feuding, often very publicly on social media, for years. Just recently, however, Brandi had an epiphany about her relationship to LeAnn during a family gathering.

While appearing on the podcast Make Speidi Famous Again she explained that she decided to make up with LeAnn because it was what was best for her kids because they love her. It was a a serious, hours-long conversation with the family that made her change her perspective on things.

“We were having a birthday party just recently and we got into a really serious conversation and my mother-in-law — she’ll always be my mother-in-law — was sitting next to me, and Leann was sitting across from me, Eddie was there, the kids were all happy and we just kind of had it out about what is right, what is wrong, what’s better for the kids.”

After the truce, Brandi was allowed to come inside the house Eddie and LeAnn share for the first time – which is a huge step because this is a house where Brandi’s children spend a great amount of time.

On Tuesday, April 17, 2018 Brandi tweeted out about the truce: “They will not be getting rid of me on any holidays #modernfamily.”