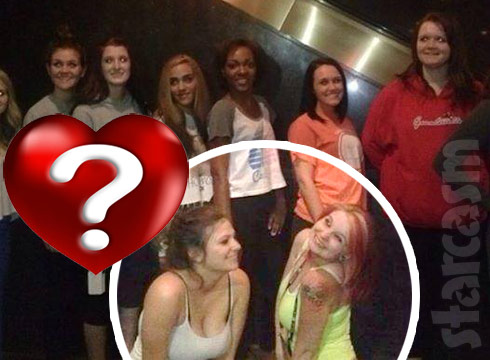 Here’s a story we didn’t see coming! 16 & Pregnant Season 5 star Millina Kacmar is claiming on social media that she is dating her Season 5 co-star Autumn Crittendon (now Autumn Franklin)…and plans on moving in with her soon!

In the photo above and the photo below, you can see Autumn and Millina together in New York City, when they recorded the 16 & Pregnant Season 5 “Life After Labor” special: 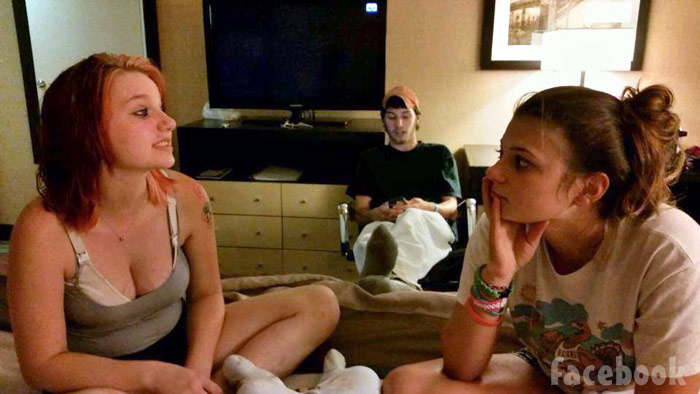 I should state up front that the stars of 16 & Pregnant are often victim of fake social media accounts, and, although the Millina accounts making these claims are quite active (including tons of photos and updates over the last couple years), they are not verified. However, the site mobilelikez.com claims to have actually spoken with Millina, and she confirmed the story.

“Yes Autumn and I are dating,” Millina reportedly told the site. “We met last year at the NYC filming, and had a connection. We started texting and kinda just fell for each other. I’m moving down there soon. The kids love each other.”

Millina’s Instagram account @meanabear shared this next photo, and captioned it with the reveal of her and Autumn’s (@drakesmommy1234) relationship:

So ik we’ve been keeping it a secret however the mystery person I’ve been talking about is @drakesmommy1234 we fell in love in new York and never could get away from each other. She’s my baby and I couldnt picture my life with out her. I swear Shes my better half

Before that photo, the account posted a behind-the-scenes photo from the 16 & Pregnant Season 5 reunion in New York City, in which Autumn does appear to be giving Millina quite the eye:

And here’s a picture in which Millina appears to be returning the admiration: 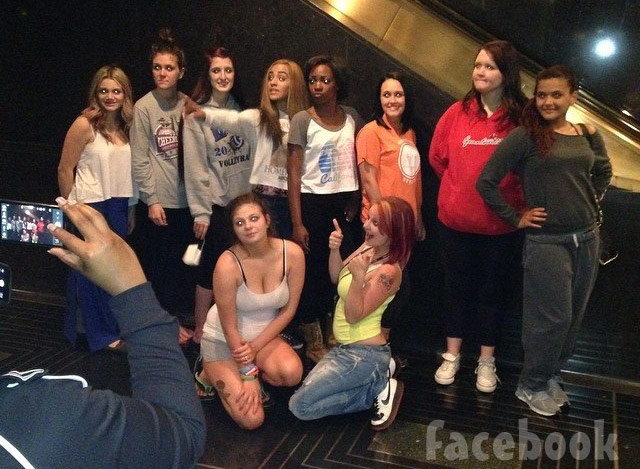 Millina (or someone pretending to be Millina) has also been talking about her relationship with Autumn on ask.fm under the same @meanabear ID. “Autumn and I are dating,” she said flatly last week. That set off a series of questions and answers:

Are you and autumn actually in a relationship or just best friends who joke around and say they’re in love and dating?

How are you and autumn dating if you don’t live near each other?

I go down and see her some times. we Skype and text all the time and are planning on moving in together when we get the money raised

Where does autumn live?

Are you moving in with her where she lives or is she coming to you?

Aweeee I’m so happy for you guys!

When was the last time you saw her?

How long have you been dating?

a few weeks after we left new York 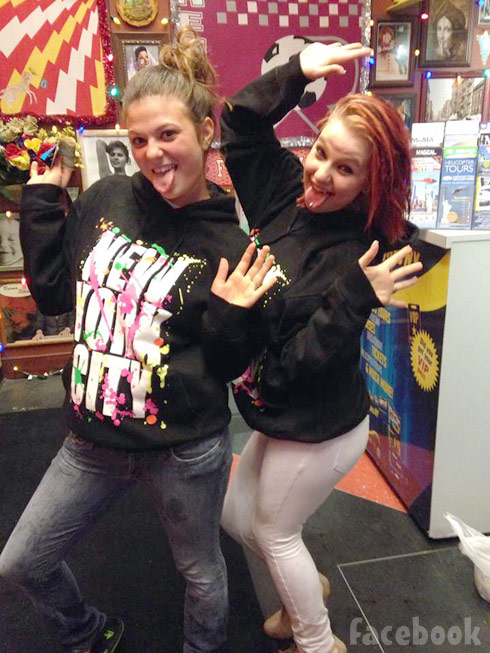 Awe so you’ve been together for awhile?

You’re in a relationship with autumn crittendon?

I remember you posting about a boyfriend a couple of weeks ago? Are you in an open relationship with autumn?

it was a cover up those were old pictures

Prove that you and autumn are actually dating. 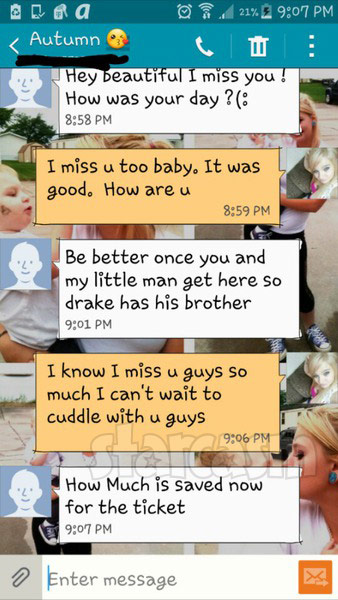 You both have kids and are lesbians? It’s wrong. I feel sorry for both kids and whatever happened to your bf? Or to autumns?

If you and Autumn are dating, why does she keep recently posting pics of her and her baby daddy kissing??

do you need trevors permission to leave the state with kayden?? or is he not involved and have no rights to say??

Congrats you two! There may be people who won’t like this relationship but don’t listen to them. You gotta listen to heart and your feelings and so must Autumn. Again, congrats! Hoping for you to have a healthy and loving relationship!

thank u so much

Why would Dustin be okay with kissing her to cover up the fact that she’s dating you??

Dustin doesn’t have an issue with me. he just wants me and autumn happy

And you don’t mind autumn acting that way with her ex? I completely support the relationship I’m just confused

Autumn has tweeted about Dustin and about drake waking up to them both together and retweeted people saying they’re an inspiration for being together… You’re going to say that was all a cover up?

So you’re sorta in an open relationship? Do you say she’s your girlfriend and vice versa?

it’s open until I move down there

Do your families accept your relationship?

Will you post a video or a blog and update, including your relationship? We’re all so curious- how and when it started, what’s the status now, give us the story!!

no I’m bi [Editor’s note: LOL at that last question!]

Covering up what, exactly? And yeah I’m against gay marriage. I’m not against people who are lesbian or bisexual but when you have kids and you decide you want to be with a woman is just wrong, think about your child.

and I think it’s wrong to be a judgmental b!tch but doesn’t seem to stop u. Drake and kayden have parents that love them and make sure they have everything they need. autumn and I love each other our kids love us and each other u can p!ss off

Have you both had gf’s before? I identify as mostly straight but I’ve def had girl crushes before:. But never pursued because I have no idea what I’m doing wen it comes to being physical with a girl ? I drunkly hooked up with a girl once (did everything) but barely remember it and idk it works!

I have autumns new to it

Is the ring from autumn? 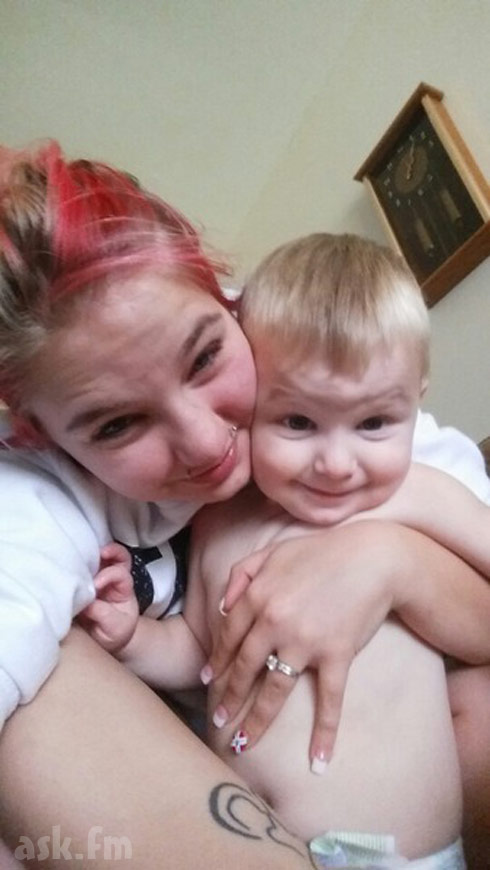 Did someone really ask if you had never had sex with a man… ?? you have a child haha how did they think that happened

Here are some more photos of Millina and Autumn — who would make a pretty lovely couple if the news is true! 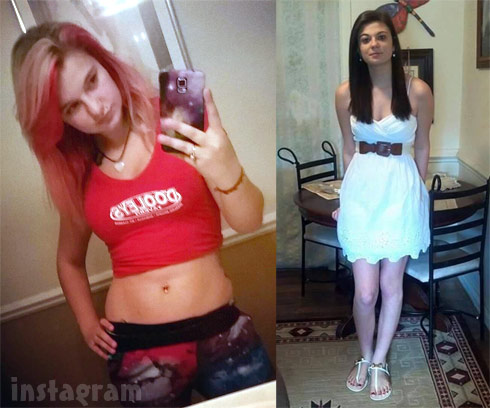 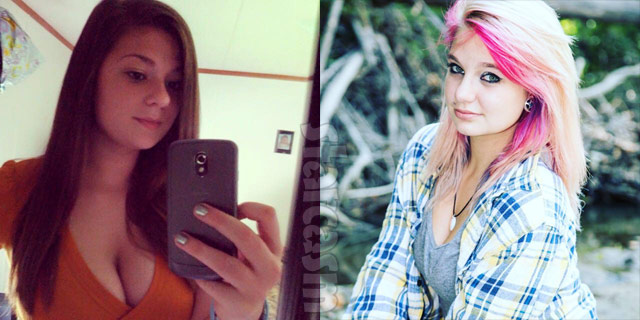 Don’t remember Millina and/or Autmun’s episodes? Millina is the one who had a mother in jail and Autumn was with party-lovin’ beau Dustin (and his famous orange hat).

If the dating reports are true, and Millina is moving with Autumn, I think MTV has an automatic new hit reality series ready and waiting!