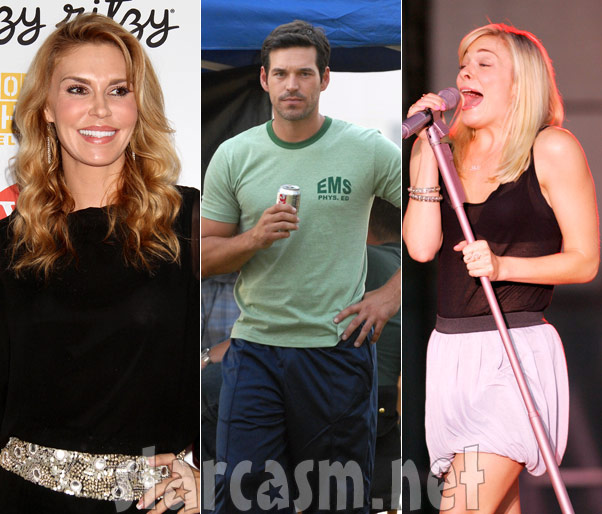 LeAnn Rimes could very well be the most tweetinest celeb around. This Twitter addiction included some rather stalker-like photos of herself in poses similar to her husband Eddie Cibrian’s ex Brandi Glanville. Folks were all over LeAnn for these tweets and also for doing what they call husband stealing but all parties involved had apparently buried ye olde hatchet.

I have a tweet capped for posterity in which Glanville dropped a Twitter bomb on Cibrian. That’s right, Brandi went all LeAnn on Eddie. Here’s the tweet that best I can tell has been removed:

Wow! Not only did Brandi pull a LeAnn but she also is accusing Eddie of being LeAnn like by stating that he’s sending her harassing emails. This is just a guess, but I’m assuming that the scheduling conflict would have to do with Brandi and Eddie’s sons Mason and Jake.

A follower on Twitter accused Brandi of being tacky for doing this via Twitter and she explained why she went there:

If you weren’t aware Glanville is the newest cast member of The Real Housewives of Beverly Hills and I can’t wait to see her and Camille Grammer enjoying mixed drinks off of Rodeo while discussing their actor baby-daddy exes. This back and forth between the two (Brandi and Eddie) included a report that Eddie insisted that Brandi not parade their boys around on TV.

In fairness to LeAnn, this isn’t Brandi’s first public tweet about private matters. She once tweeted to LeAnn that she felt it would be inappropriate for her to sing at her son’s class.

LeAnn’s latest twitter-habit has been to send out photos of her new thin frame in bikinis. Well, of course Brandi returned that favor with the following: 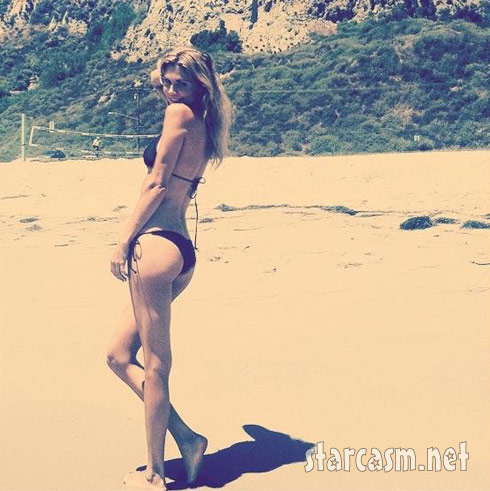