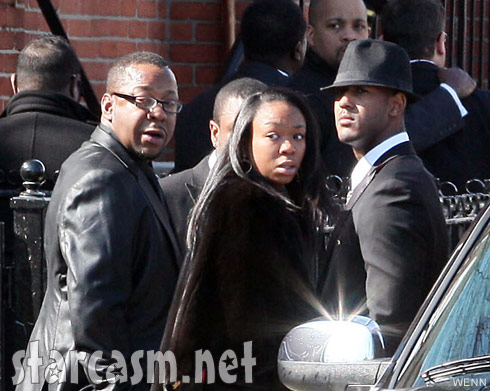 Bobby Brown left Whitney Houston’s memorial service earlier today after he reportedly got into an argument over seating for him and his entourage of nine friends and family members. According to reports, Brown was invited, and was allowed to bring two guests, but he showed up with nine. Brown has since issued a statement about the incident in which he says he and his group were asked to move three times and that he was prevented from seeing his daughter Bobbi-Kristina.

“My children and I were invited to the funeral of my ex-wife Whitney Houston,” Brown says. “We were seated by security and then subsequently asked to move on three separate occasions.

“I fail to understand why security treated my family this way and continue to ask us and no one else to move. Security then prevented me from attempting to see my daughter Bobbi-Kristina. In light of the events, I gave a kiss to the casket of my ex-wife and departed as I refused to create a scene. My children are completely distraught over the events. This was a day to honor Whitney. I doubt Whitney would have wanted this to occur. I will continue to pay my respects to my ex-wife the best way I know how.”

Bobby Brown is still set to perform a concert gig tonight in Connecticut at 8 pm. 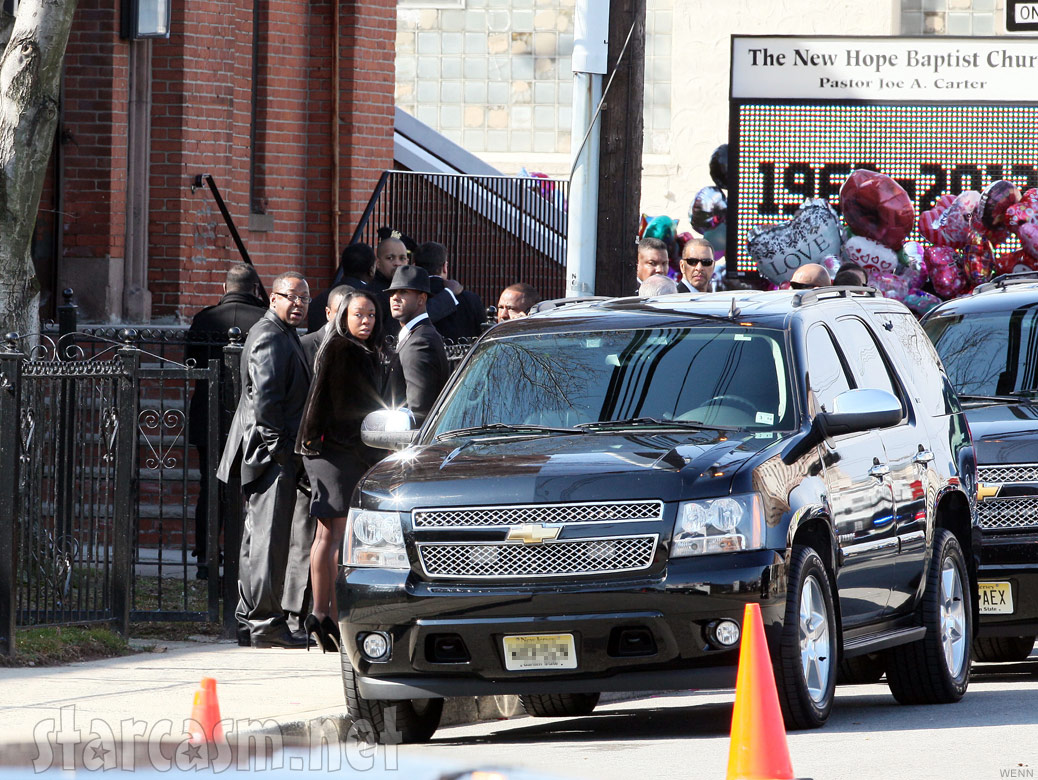 Whitney Houston memorabilia to be auctioned to highest bidder

Bobbi Kristina is engaged to Nick Gordon, wants people to stop calling him her brother