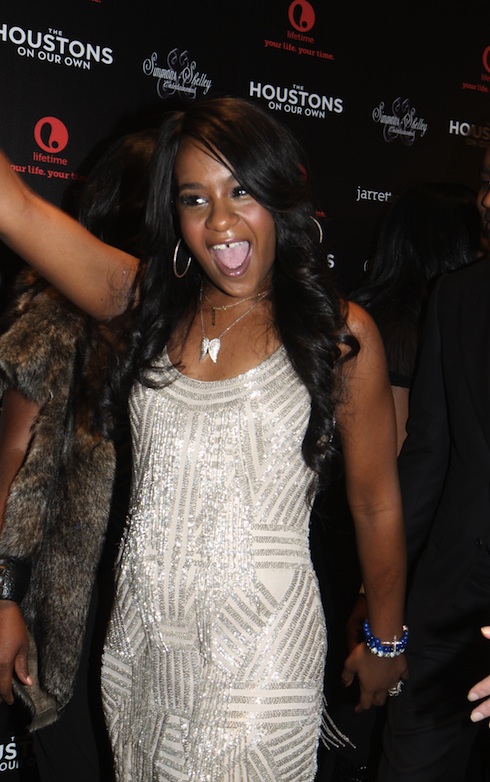 Houston’s gravesite had been prepared for Bobbi Kristina’s casket. Weeks ago, while Bobbi Kristina was still in hospice care, the plot’s headstone was smoothed over and space made for a second name. Additionally, the headstone now includes two new rosary necklaces, and a simple sign–bearing the word “Love”–was added to the rear left side of the site.

Today, a gold hearse bore Bobbi Kristina’s casket to the gravesite from a nearby funeral home. Though the site was cordoned off, several dozen fans, many of whom bore signs and blown-up photographs, lined the hearse’s path.

Family, friends, and fans gather to say goodbye to #BobbiKristina at her burial service. http://t.co/0MZzuSnzz6 pic.twitter.com/ei99eIy0MP

A few fans including this woman now waiting at cemetery for #BobbiKristina funeral procession. @News12NJpic.twitter.com/Gdjd5gSbJ7

The news that Bobbi Kristina and Whitney Houston were buried alongside each other contradicted earlier reports, which stated that the burial plot was not wide enough for two coffins, and that mother and daughter would have to be laid to rest one atop the other.

Bobbi Kristina had been comatose since she was discovered face down in her bathtub on January 31st. She passed away quietly on July 26th.

Hit the Floor cast react to death of Stephanie Moseley