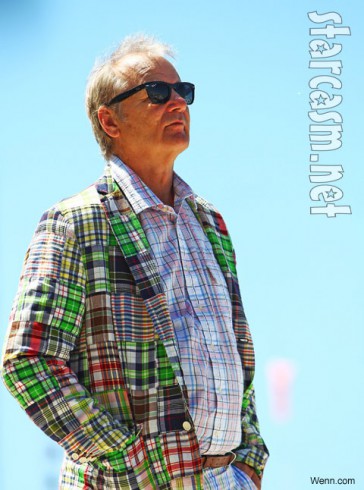 David Letterman’s final episode of The Late Show is nearly here. Letterman announced his retirement last spring, and set May 20th as the date of his final show a few months after that. He’s also just announced the very last guest he’ll ever have, and the choice is as delightful as it is predictable–none other than Mr. Bill Murray.

Why predictable? Well, Murray was Letterman’s very first Late Show guest in 1993; he was also Letterman’s first guest, period, back when his first talk show debuted on NBC in 1982. Between then and now, Murray will have been a guest on the show a near-record 44 times.

Those times have produced some memorable moments. There was the time Murray dressed up in a tuxedo–alone–to celebrate a memorable Letterman milestone, before calling CBS chairman Les Moonves to score Super Bowl tickets:

Or the time he came on during the Winter Olympics and faked a major ski-based knee injury so he could pretend to be high, while wearing one of Johnny Weir’s bold figure skating ensembles:

And then there was the time during the 2008 Presidential Election that Murray put together a panel of audience members to mock the rapid-fire polling that happens after every Presidential debate. And then told a story about going skydiving at the Chicago Air Show:

There are literally too many wonderful Murray-on-Letterman videos to post. If you’ve got the time and feel like spending your day giggling like a madman, check out this list of appearances courtesy of YouTube, and get in the proper mood for tonight’s send-off.