The self-proclaimed greatest weight loss trainer in the universe Jillian Michaels has been named in a class action suit that alleges her weight loss supplement Jillian Michaels Maximum Strength Calorie Control uses false advertising when it claims “Two Capsules Before Main Meals And You Lose Weight… That’s It!”

The suit was filed by attorney Melissa Harnett on behalf of Christie Christensen and “all others similarly situated” and claims that Michaels is exploiting her fame to sell an unrealistic, effortless weight loss product. Harnett tells TMZ, “Telling people you take two magic pills and then eat chocolate cake all day is a deception.” 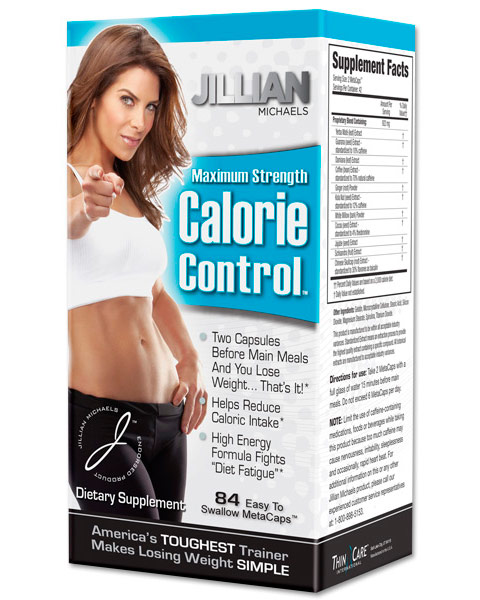 Here is the overview of the product from Jillian’s web site:

We all know if you want to lose weight, you need to reduce your caloric intake. It sounds simple, but the truth is, if it were easy, most of us wouldn’t be overweight in the first place. This is where Jillian Michaels Maximum Strength Calorie Control™ comes in: it’s a proprietary formula specifically developed to restrict your caloric intake automatically. In other words, when you take this compound before main meals, you eat less… but the best part is, you won’t even know it. What could be simpler!*

*These statements have not been evaluated by the Food and Drug Administration.

I have to admit this all does sound a bit snake oilish, especially given Jillian’s constant reiterations that weight loss cannot be acheived without hard work. These pills essentially claim to make you feel full without a lot of calories? Haven’t these Calorie Control “magic pills” been around for a while, just under the name “Magic Grow?” 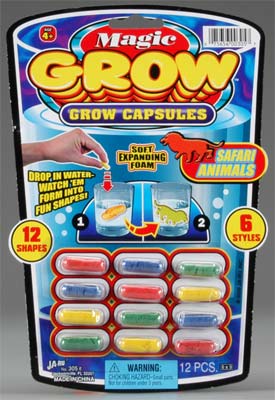 If Jillian really does believe that taking these pills can decrease your mass, then maybe she should be feeding them to her morbidly obese ego. And why is she selling a line of dietary supplements to begin with? She should be selling little boxes with big speakers. All you do is point them at your body and Jillian’s voice will burn your fat by screaming disparaging remarks at it really, really loudly. It would be very unpleasant, but I’m not sure that it wouldn’t actually work.

TMZ got its hands on the actual lawsuit (You can download the full documents HERE) and here are some of the highlights:

Defendant Jillian Michaels developed a reputation as a credible fitness instructor by emphasizing that weight loss requires hard work and discipline: indeed, she is fond of saying that long term weight loss requires “blood, sweat, and tears.” Regrettably, however, she has decided to squander her fame by lending her name to a worthless dietary supplement called “Jillian Michael’s Maximum Strength Calorie Control.” Contrary to everything that Ms. Michaels has ever instructed, she and the companies peddling this product suggest it makes weight-loss effortless, falsely claiming: “Take Two Capsules Before Main Meals And You Lose Weight. That’s It.” 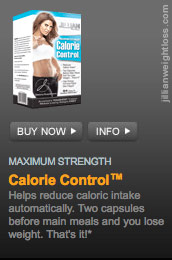 2. Defendant Jillian Michaels (“Michaels”) is a California resident who lives in Los Angeles County and is prominent in the weight loss and dietary supplement business. Plaintiff is informed and believes, and upon such information and belief alleges, that Michaels formulate, or was involved in the formulation, of Calorie Control.

3. Defendant Thin Care International, LLC (“Thin Care”) is a Utah limited liability company with its principal place of business in the state of Utah that does business in California. Plaintiff is informed and believes, and upon such information and belief alleges, that Thin Care is associated with Michaels and markets and promotes her dietary supplements and other weight loss-related products, including Calorie Control, throughout California and the United States.

4. Defendant Basic Research, LLC (“Basic Research”) is a Utah limited liability company with its principal place of business in the state of Utah that does business in California. Plaintiff is informed and believes, and upon such information and belief alleges, that Basic Research is associated with Michaels and Thin Care in connection with the formulation, development, and marketing of Michaels’s dietary and weight-loss supplements, including Calorie Control.

9. Defendant Jillian Michaels is a popular and prominent weight loss celebrity who appears regularly on television and other media promoting weight loss and, most particularly, her own line of weight loss supplements and related products. She has been most prominently associated with the “Biggest Loser” reality TV show, which features morbidly obese contestants and depicts their efforts, under Michaels’s supervision, to lose substantial amounts of weight.

10. Sadly, Michaels has decided to exploit her fame and goodwill by collaberating with Time Care and Basic Research to promote a weight loss supplement that purportedly will cause weight loss by itself, without any additional effort on the part of the consumer. Michaels, Thin Care, and Basic Research have formulated and developed Calorie Control, which they claim will “restrict your caloric intake automatically.” Indeed, they claim: “Two Capsules Before Main Meals And You Lose Weight. That’s It.” … Michaels goes even further on her website, www.jillianweightloss.com, where she makes the remarkable claim that Calorie Control is “like an automatic diet. What could be easier!”