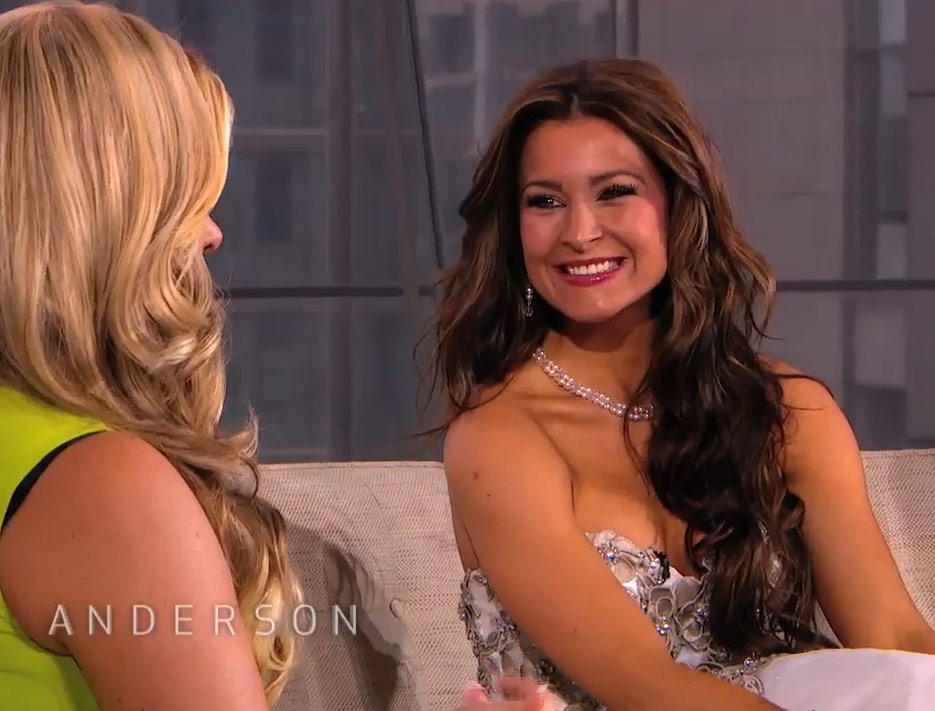 It’s a tangled web TV can weave and this post is about as good an example as I can think of. What had been rumored in Big Brother forums for a while was verified when it was announced last week that former winner Rachel Reilly’s sister, Elissa Slater, would be cast for season 15.

While her relationship to the polarizing champ made most of the headlines, it turns out that sister Elissa has been on TV before. During a May, 2012 episode of Anderson Live about bridezillas, Slater won a trip to Mexico (if America’s votes have much influence – this could hurt her for sure) after she agreed to 3 demands:

1. Give up her “hair book.”
2. Settle on a wedding date
3. Let Kim Zolciak of The Real Housewives of Atlanta pick her bridesmaid dresses

In this first clip Anderson asks one of Elissa’s bridesmaids about having to remove her braces for the wedding:

Now that we’ve established that Elissa had some rather drastic wedding party demands, AC brings in the big guns in the form of Kim Zolciak as her personal bridezilla intervention specialist! In this little piece from the episode, Kim imparts her wedding wisdom on Elissa, who has one of the most over-eager smiles I can recall. Kim tells her not to worry so much about the wedding day but what comes after… Like, you know, your future as a house guest for Big Brother!

And finally we watch as Elissa gets her free honeymoon that she didn’t even have to form an alliance or eat any slop for. Some girls have all the luck:

According to her wedding website Rachel was Elissa’s Maid of Honor and the one responsible for hooking her up with her future hubby, Brent Slater.

Do you think the fact that Elissa is Rachel’s sister will hurt her chances in the house (she says she doesn’t intend on hiding that fact if she’s asked) and the knowledge that she’s already been on TV and won a sweet prize will hurt her in regards to the fan’s influence?