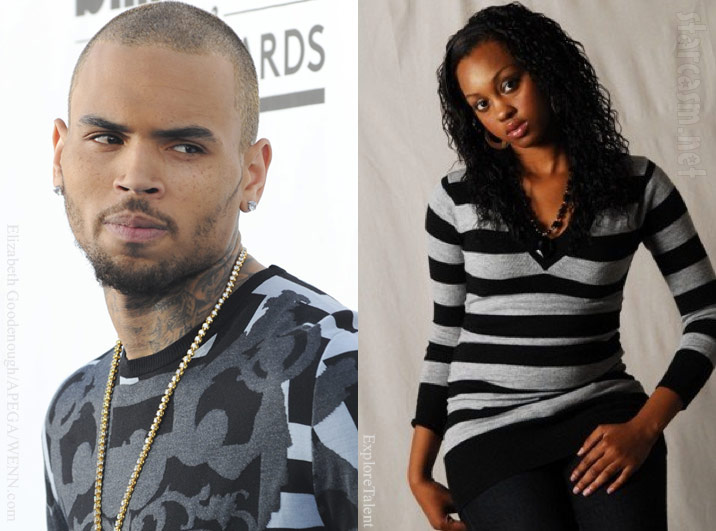 Chris Brown has been accused by club patron Deanna Gines of assault following an incident she alleges happened Saturday Night at an Orange County, California nightclub.

Gines, who was identified as the woman seen above by Zimbio, told TMZ that she was in the VIP section at Heat Ultra Lounge in Anaheim following his performance at the same venue that evening. When the joint was getting ready to shut down, Gines claims that Brown deliberately shoved her to the floor and she fell hard on her knees

She says she followed up with a trip to the hospital and the doctors told her she had torn ligaments in her knee. She sent a selfie to TMZ in which she appears with a strapped brace to protect her left leg. She added that she will be seeing another doctor later this week and that she’s already been warned she may have to have surgery to repair the damage.

Gines also stated that she filed a police report in regards to what she claims happened at the club. Anaheim PD verified that a report was filed regarding an incident inside Heat Ultra Lounge but would not name any names.

A rep for Chris Brown said, “I’m unaware of the incident, as is Chris’ lawyer and his entire team. He was in a great mood after Powerhouse. None of this makes sense.”