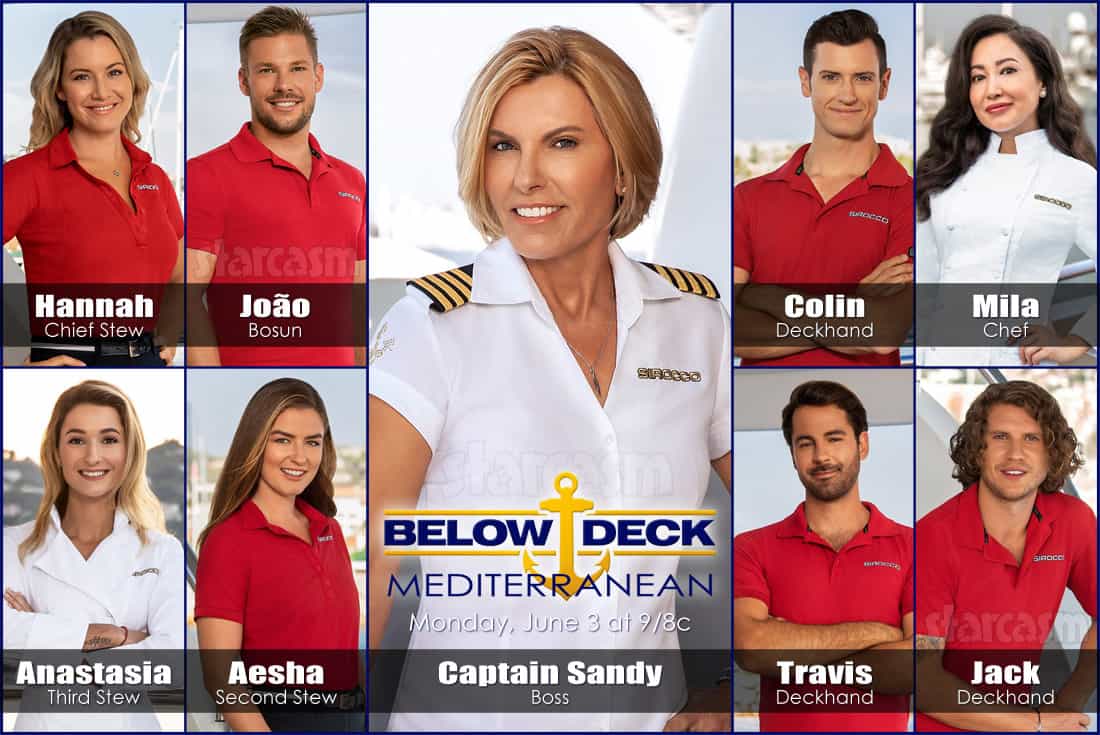 Bravo has just released the first preview trailer for Below Deck: Mediterranean Season 4, as well as photos and brief bios for the entire cast!

Judging from the trailer, it’s going to be another roller coaster season for the crew as the “Sirocco” looks to be in jeopardy of sinking — both literally due to taking on water, and figuratively thanks to new Chef Mila Kolomeitseva. Apparently, this Le Cordon Bleu trained chef has difficulty making pancakes, and also has to deal with a bout of food poisoning just as the first guests arrive. I won’t even get into her aversion to having her son seeing two men kissing…

WHICH CAST MEMBERS ARE COMING BACK FOR BELOW DECK MED SEASON 4?

As you can tell from the trailer, there are quite few familiar faces among the crew. That includes Captain Sandy Yawn as well as Chief Stew Hannah Ferrier, Bosun João Franco, and Deckhand Colin Macy-O’Toole. Here are their bios from Bravo, which shed a little light on what viewers can expect to see this season:

Sandy may be navigating the “Sirocco” mega yacht again, but she brings a new level of leadership in season four. With high expectations, she has no tolerance for anything short of perfection and will take drastic measures if the crew can’t deliver.

Hannah, looking to right her wrongs from last season, is hoping for smooth sailing with a strong interior crew. But will choppy waters threaten her redemption?

João is looking for a fresh start and is laser focused on being the best Bosun for the crew, but not everyone is on board.

Colin, feeling homesick, quickly finds himself on the outs after trying to connect with the new deck crew. 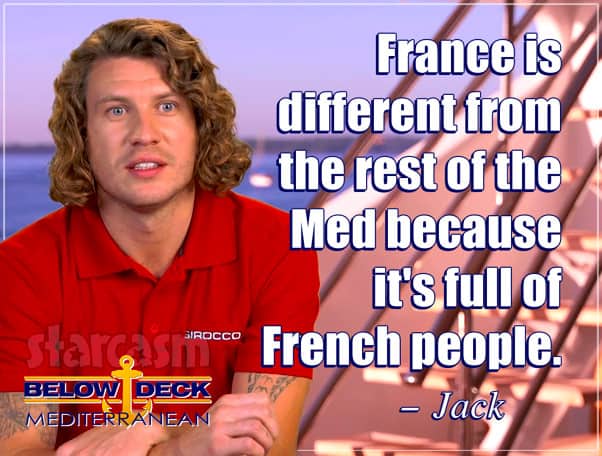 MEET THE NEW CAST MEMBERS ON BELOW DECK MED

In addition to the familiar faces, there are five “Sirocco” greenhorns that viewers will be meeting. Here they all are — you can match up the names with the full cast photo above:

Mila, classically trained in French culinary cuisine, becomes the first female chef in franchise history, but after a bout with food poisoning right as the first charter guests are set to arrive, she’ll have her work cut out for her.

Aesha, coping with a difficult past and using humor to get through tough times, is ready to hit the high seas and get another charter under her belt.

Anastasia, as a child of an immigrant mother, has a strong sense of pride in her work ethic which takes her on an unexpected journey.

Travis after a few mishaps begins to question leadership, however, it’s his “work hard, play hard” mentality that comes into question by the rest of the crew.

Jack ruffles feathers when the crew notices he’s putting more effort into pursuing a crew member than his actual job.

The official cast reveal lines up pretty well with speculation after a photo was leaked in October featuring a large portion of the crew enjoying a meal together at at the famous Restaurant Le Plongeoir in Nice. Newcomers Jack Stirrup, Anastasia Surmava, and Aesha Scott were all named at the time.

The photo also included Chef Ben Robinson, leading many to speculate that he might be joining the crew this season. That does not appear to be the case, however, unless Mila’s antics get her booted and Ben is brought aboard as her replacement mid-season. ?

Below Deck: Mediterranean Season 4 premieres on Monday, June 3 at 9/8c on Bravo.

BELOW DECK MED Who is Malia White’s boyfriend, Jake the engineer?