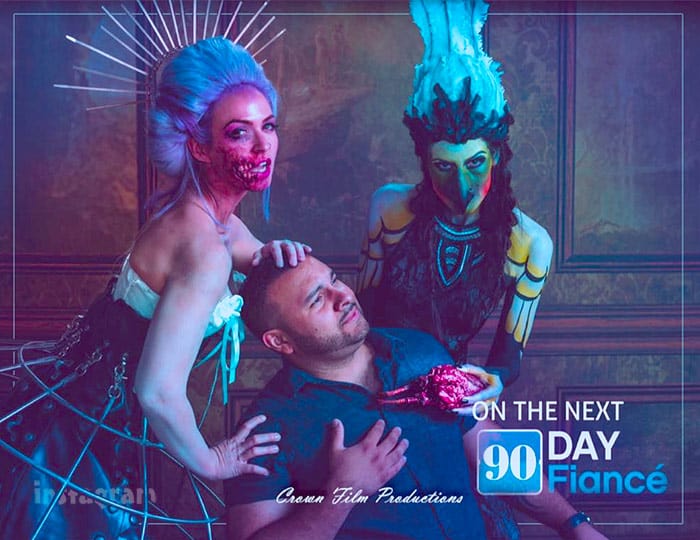 No reality show or reality show franchise is better at casting diverse and unique people than TLC’s 90 Day Fiance, and the second season of Before the 90 Days is no exception. With a slate of hopeful romantics ranging from a Marlboro-voiced multi-Maury vet Mama June, to a tanktop-loving realtor rapper who calls himself “The Black Anthony Bourdain” and looks like the main character from The Cleveland Show, the current season has seen the show’s HUGE ratings continue to rise as viewers can’t seem to get enough of the refreshing stories and characters.

One of those “refreshing characters” is Ricardo “Ricky” Reyes, a 33-year-old professional photographer and former US Army combat engineer who has two young daughters and an inexplicable fondness for fanny packs. Ricky immediately endeared most viewers by appearing to a very sincere guy and a caring soon-to-be-single dad who was just looking for true love. Sure, Ricky was going out of his way (like thousands of miles out of his way) to try to get that love wrapped in a hot young female body, but still.

Sympathy continued to mount for Ricky as he found himself waiting more than two hours at a Colombian restaurant for his date Melissa to arrive, and many viewers (like me) were a little shocked when Melissa did arrive and she looked EXACTLY like she did in the photos! Like, wearing the same outfit exactly!

Melissa didn’t seem too into Ricky, though, and she properly stood him up on their second date the following day. Unfortunately, 90Daytectives have assembled an evuhdense binder suggesting that Melissa was just a casual acquaintance that Ricky talked into posing as a date to create a marketable catfish story line. It now appears that perhaps Ricky’s true motive for making the trip to Colombia was a woman named Ximena — whom we were the first to report on weeks ago.

Normally, this kind of frauding doesn’t sit well with diehard viewers of the show, but Ricky has managed to woo the 90 Day Fiancenthusiasts by adeptly demonstrating that he is “one of us” with funny self-deprecating (and co-star-deprecating) posts on social media. And he does it in a way that doesn’t come across as mean or hateful — just someone having a little fun with a very entertaining show.

Unfortunately, most all of Ricky’s clever postings have been via his Instagram stories or have since been deleted, so they are no longer viewable on his social media accounts. But, thanks to my screen capping addiction and the video reposting skills of u/katie_not_holmes on the r/90DayFiance subreddit, I’ve been able to cobble together a makeshift museum of Ricky-isms that really needed to be preserved for posterity — not only for the amusement of fans of the show, but as a shining example of a great way to deal with all the negativity for current and future cast members of this show and others.

One of the first indications that Ricky is cast member/fan fluid was his numerous reactions to viewers’ jokes about him waiting sooooooo long for Melissa to arrive. Here is just one example of many: 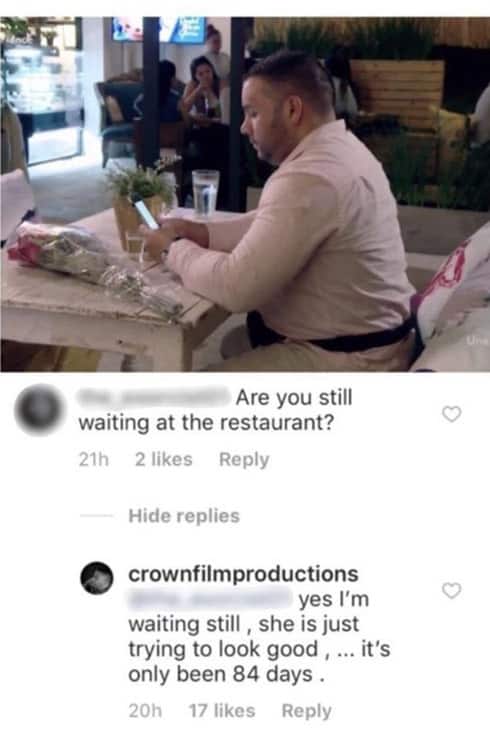 In a brilliant and bold social media PR move, Ricky raised a white flag and walked directly into the firing line of the 90 Day Fiance reddit army in a brief and humble video clip:

And Ricky is not just talk! He put his money where his mouth is when he donated $25 to u/katie_not_holmes’ #FollowMyFattyTale GoFundMe campaign hoping to raise $300 to pay for an annual unlimited pasta pass at Olive Garden! (The campaign was making fun of Before the 90 Days stars Jon and Rachel, who had set up a #FollowOurFairyTale — or #SupportOurFairyTale — GoFundMe campaign to pay for her trip to the UK prior to being cast on the show.) 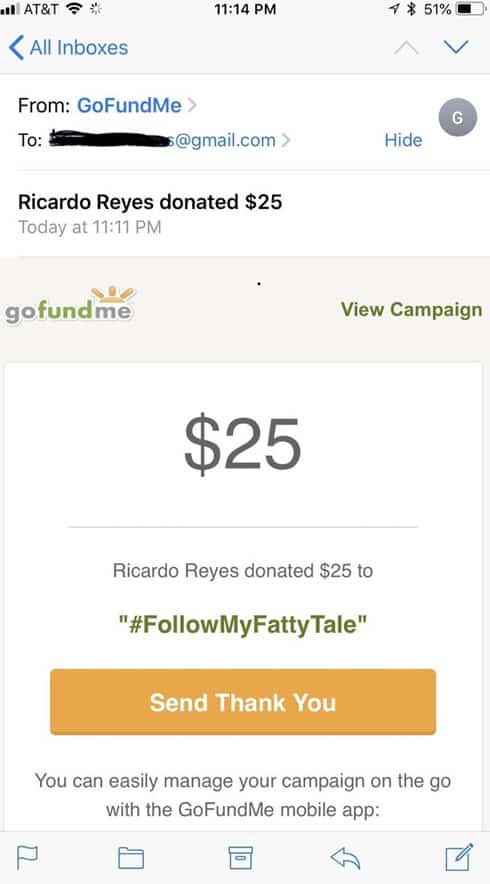 Although his new posts are great, some of my favorite Ricky moments have to be his throwback photos! Check out young Rico Suave: 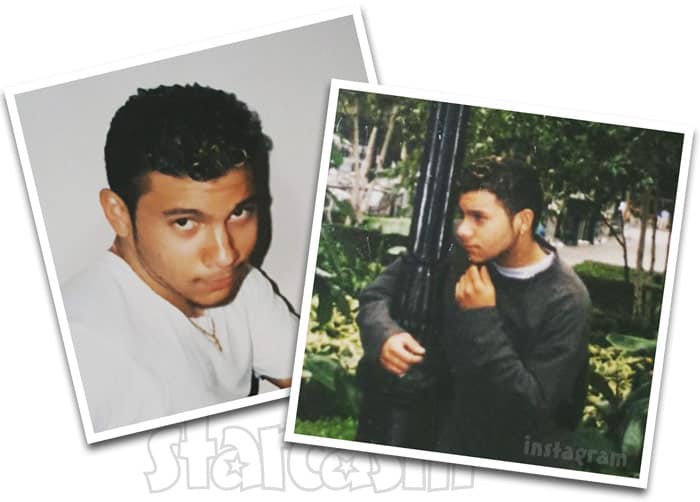 Ugh! If only I could find someone that looked at me the way Ricky looks at Ricky!

My favorite Ricky throwback (so far) is this one, which seems to be a subtle reference to the fact that Ricky has pretty much always kept a spare girl around — even before his recent trip to Colombia: 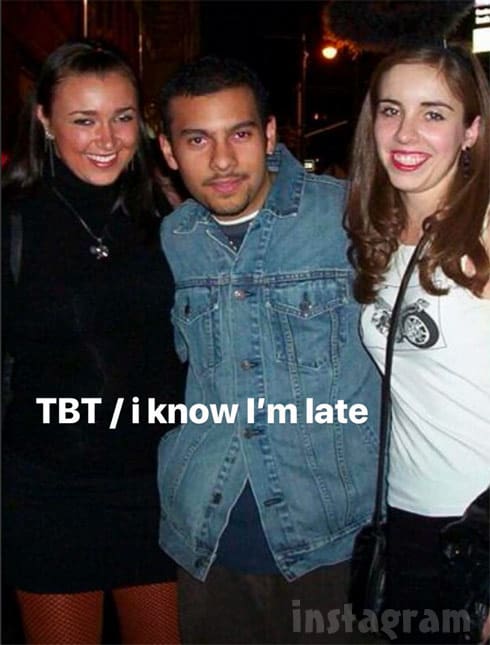 Ricky recently relocated to just outside of Austin, Texas, where he continues to do some great photography work. He used one of his recent photo shoots as an opportunity for a slightly less subtle reference to keeping his lady options open in case one of them rips your heart out (photo included at the top of this post). Because I already included the funny outtake above, here are a couple of the actual photos from the shoot, sans Before the 90 Days joke:

Ricky used his photography skills in another Before the 90 Days joke — this one aimed at his co-star Paul Staehle, whose “criminal history” has been a major story line this season: 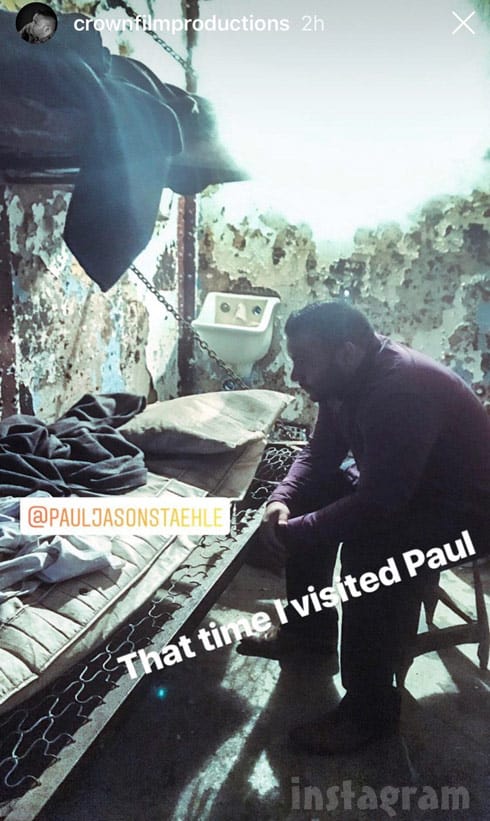 Paul also has a pretty good sense of humor about the show, and he shared Ricky’s picture along with the ? and ? emoji. In the comments section, someone came for Ricky by writing: “He looked like gay Rambo walking around Columbia ????.” Ricky demonstrated his extraordinary bomb-diffusing skills with his simple reply to the comment: “I agree ☝?”

In addition to Paul, Ricky also took a jab at co-star Jesse Meester, who has famously launched his own brand of “Caffe Meester” coffee. This time, Ricky once again flexed his videographer muscles with a (potentially inebriated) clip:

Love it! Being a fan of this franchise is one of the best things going in pop culture right now, and having a cast member step up as a creative non-hating fan only makes it exponentially more so! Or, in a language more suited to the topic… 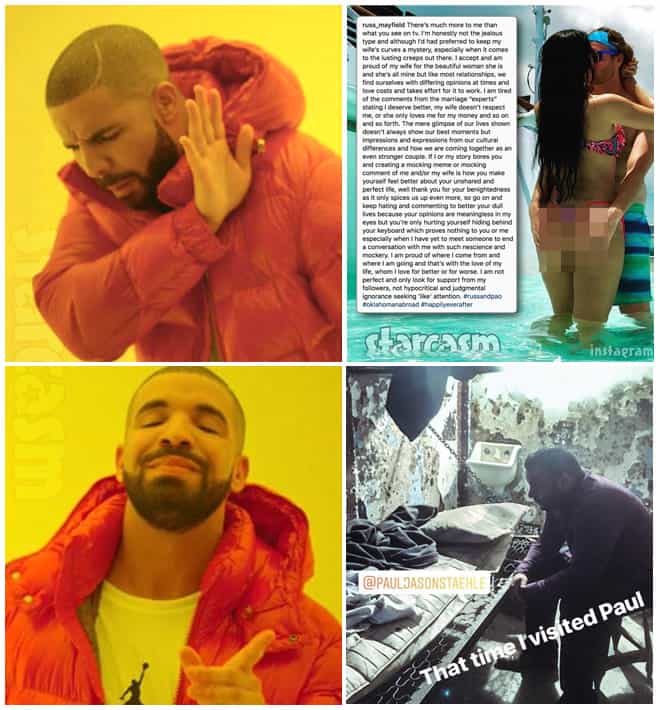 To keep up with Ricky’s commentary (and his great photography work), be sure to follow his Instagram account @crownfilmproductions. He also has additional social media accounts, but you can reach them all from there.

I will wrap things up with a musical tribute to our favorite gay Rambo — not that there’s anything wrong with that — just shift one of the titular consonants: