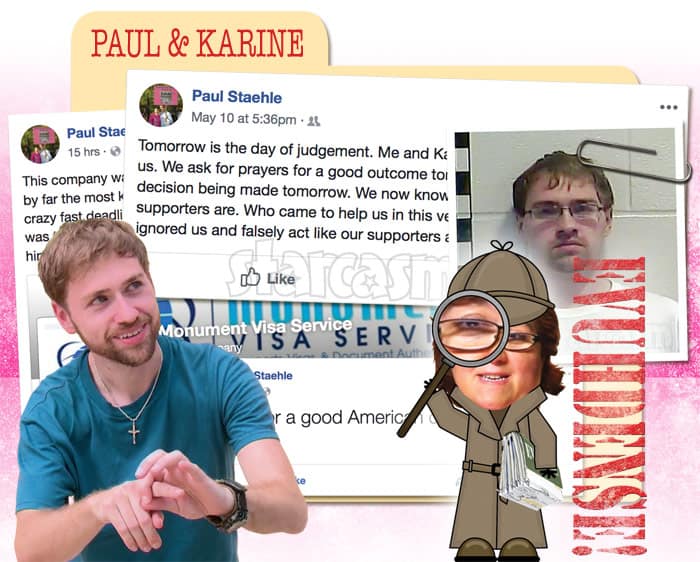 Before the 90 Days star Paul Staehle has been in Brazil since September, but it appears that he may be returning to the United States soon — and he could be bringing his wife Karine with him!

To briefly catch you up on what we know, Paul and Karine got married and later split up, but appear to be back together for now. The marriage dramatically alters the process by which Karine would be allowed to enter the US from what 90 Day Fiance and Before the 90 Days viewers are used to because she would be applying for a CR-1 (Conditional Resident) visa instead of a K-1 visa.

Karine revealed back in October that they “canceled the visa process” before adding that she and Paul “are trying a different visa.” An added monkey wrench thrown into things is that Paul has indicated that he overstayed his visa and was stuck in Brazil as a result. OK, that’s the CliffsNotes version up until now.

On Thursday, Paul took to Facebook with an epic tease revealing that there was a huge decision being made the following day:

Tomorrow is the day of judgement. Me and Karine THANK all who has helped us. We ask for prayers for a good outcome tomorrow. Everything hangs on this decision being made tomorrow. We now know who our true friends and supporters are. Who came to help us in this very serious time. And who ignored us and falsely act like our supporters and friends.

Paul, who has gotten into trouble with TLC and show producers for releasing spoilers online, did a frustratingly great job of being vague, and he didn’t allow himself to be baited into revealing any more information by inquisitive commenters. Paul did engage with 90 Day Fiance star Jason Hitch, however, and seems to reveal that his return to TLC may still be in question. Or at least, which show he will be on is still in question:

(A little bonus scoop there as Jason reveals he was approached by Marriage Boot Camp producers to appear on their show, but Cassia nixed the idea.)

Back to Paul. It seems that things went well on Friday as his next two posts were both about traveling and being in the United States! “Looking for a good American car insurance company,” he wrote before later adding: “Anyone ever check your dog onto an aircraft? If so how did it go for you?”

Later, Paul shared a post thanking a company that specializes in processing visas — which would seem to indicate that whatever decision was made on Friday, it went in Paul’s favor and was visa related: 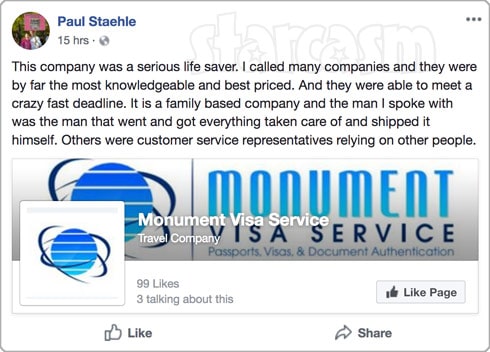 That is all we know so far. Clearly, it seems as though Paul is returning to the US, but it is unclear if Karine will be coming with him. The only indication I could pick up on that Karine might be making the trip as well is Paul’s repeated use of “we,” “our” and “us” in his initial post on Thursday. But that could just be Paul assuming his fate and plight to get back home was important to Karine as well.

One thing I am certain of is that I am DYING to watch whatever show it is that Paul and Karine’s story will be featured on! Their story is beginning to sound like one of the most epic, drama-packed romantic adventures in the history of reality television! We will keep our eyes and ears open and will be sure to update our readers if there are any more major developments.