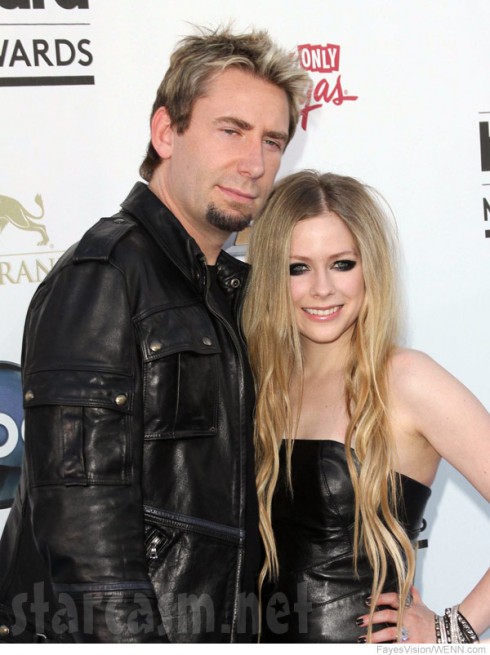 UPDATE: Sources close to the couple are saying that they are “technically not married yet.” They had a wedding party yesterday, but aren’t set to be officially wed until July 1.

According to numerous reports, singers Avril Lavigne and Chad Kroeger were married earlier today in a lavish ceremony in the South of France. News of the “secret” affair was first leaked on Twitter by Mike Heller, the CEO of the talent company that represents Avril. “I’m in south of France about to see my little Rok star #avril get married I am so happy to be part of this special celebration,” he wrote before adding, “No pictures will be sent since this is #avril wedding but I will tell you everyone is so excited.”

An E! News source has confirmed the report as has another source for Us Weekly, who tells the magazine is was a “very intimate affair” and Avril wore a Johanna Johnson custom-made dress. The source also reveals that Avril (like Tamra Barney) had a gay man (her best friend) serve as “maid of honor.”

Avril previously revealed that she and her Nickelback beau Chad had written a new song for the wedding and “we’ll have to release it after.”

The two met while Chad was helping out on Avril’s album Here’s To Never Growing Up last February, and he proposed (with a 14-carat diamong engagement ring) in August. (You can read all about the couple’s whirlwind romance here!)

The wedding was the second for 28-year-old pop punk princess — she was married to another rocker, Sum 41 frontman Deryck Whibley, from 2006 to 2009. The marriage is the first for 38-year-old Chad.

Brody Jenner reportedly breaks up with Avril Lavigne because she was holding his career back?