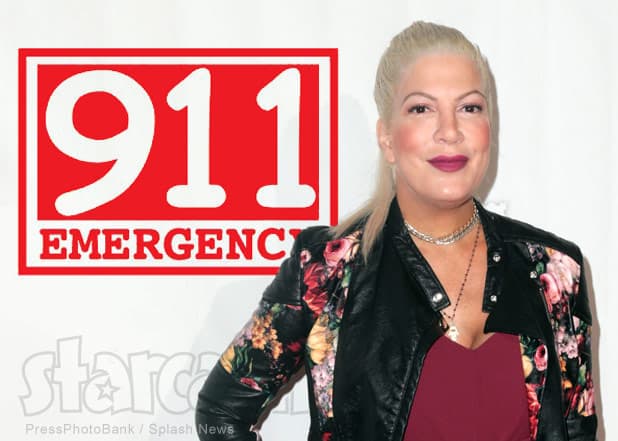 Los Angeles Police were dispatched to the home of Tori Spelling early this morning after a 911 call was made by someone in her home due to Tori reportedly being very aggressive and “going through what one source describes as a nervous breakdown.”

Here is the audio of the call, in which you can hear the dispatcher state “female mental illness” in regards to the situation:

The call was placed just after 7AM this morning, and police were later seen at Tori’s home. TMZ posted photos of cops talking and seemingly joking with Tori’s husband Dean McDermott outside the house. Police later left the residence after filing a domestic violence incident report, but no arrests were made. Tori was also allowed to remain in the home as officers “felt she didn’t meet the criteria to be held for mental evaluation.”

The incident comes just hours after The Bachelor star Corinne Olympios posted an Instagram video hanging out with Tori and another woman Wednesday evening. TMZ spoke with Corinne today and she tells the site that “she thinks Spelling’s been overwhelmed with mommyhood struggles, particularly because she got pregnant again immediately after giving birth last year.”

Here is a photo of Tori from Corinne’s video followed by the clip itself: 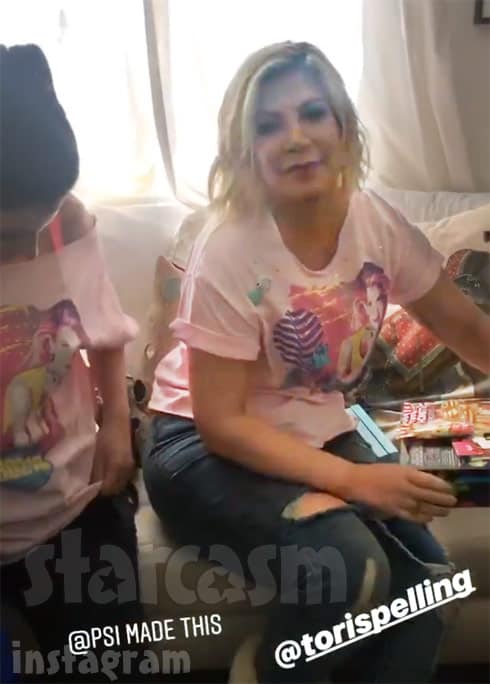 TMZ also reports that Tori made a 911 call Wednesday night when she thought someone was trying to break into her house. The intruder turned out to be Dean returning home.

Adding to Tori’s stress levels, she and Dean have recently been having financial issues, with Dean reportedly owing close to $100k to ex-wife Mary Jo Eustace for child support and alimony payments. The couple was also sued by American Express in 2016 for more than $87k.