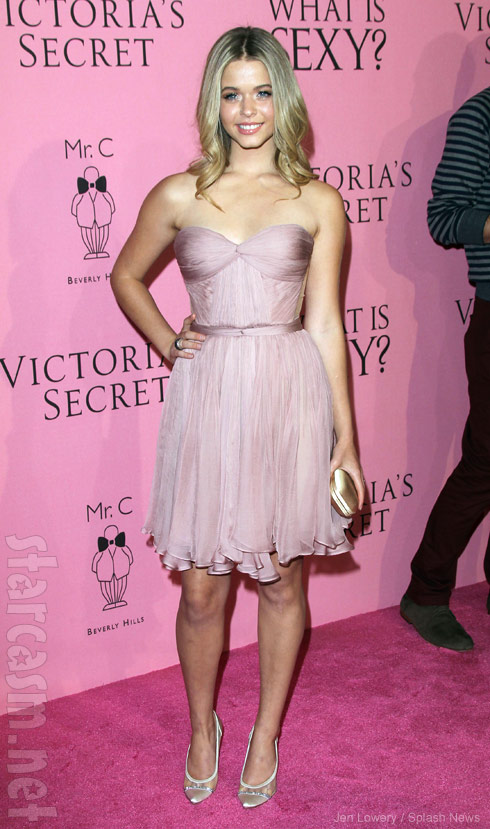 Ever wondered what Pretty Little Liars‘ uber-b!tch Alison DiLaurentis (played by Sasha Pieterse) does when she’s not plotting, scheming, conniving and otherwise torturing every living soul in Rosewood, Pennsylvania despite supposedly having been killed in the very first episode? The answer is… sing country music!

The 17-year-old multi-talented Pieterse released her single for the song “This Country Is Bad Ass” last week — just click the link to download your copy on Amazon for a mere 99 cents! But be warned, it may cause patriotic fist pumping seizures. Give it a listen on Youtube and check out the lyrics below as well as an interview with Sasha talking about the song:

Good day’s work for a good day’s pay
I’m proud to be American and that’s okay
Free to make my own way in this great nation
But you get a different story on the TV station
Here’s a guy, 35, job and a wife
Privileged and spoiled and a glutten of life
Whinin’ and cryin’ and he won’t shut up
‘Cause the government won’t wipe his butt
Ohhh yeah!
United States of me…

Me, me, me on the world wide web
Tweeting everything like it’s gotta be said
A little social network sorcery
And you too can be a YouTube celebrity
Drop out, go crazy
It’s the land of free
I’m sure there’s tax dollars for your therapy
It’s an ourself agenda straight to the bank
When kids in other countries are writhing in pain
Ohhh yeah!
But I thought it was cool to think America sucks

From Facebook to Kardashians
How do you see clear?
When all of the windows are mirrors… 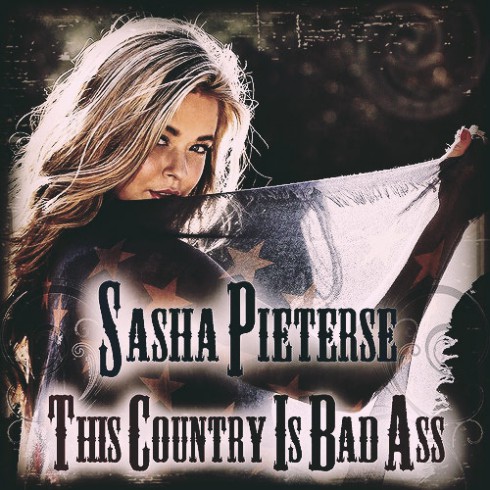 And here’s a clip with Sasha in which she talks about the single and why the lyrics resonate with her because she is an immigrant who was born in South Africa:

Sasha reveals the song was the product of working with musician and songwriter Dan Franklin. “I just love this country so much, and I would never have been able to be where I am if I wasn’t in America,” Sasha says of why she chose to do a song about the USA.

“I just want people to know that I love my country, this is home. Even though I wasn’t born here, I’m so proud to be here,” she adds. “People have kind of forgotten that working hard is huge, and that’s what you need to do to get where you want. You can’t just sit back and let things happen, and the great thing about this country is you can work for what you want. You can sit there and not do anything, and that’s where you’ll be for the rest of your life, or you can work hard and set a goal and achieve that. That’s what this country is all about. That’s the American Dream, and I think that’s fantastic.”

She also addresses how some folks may misperceive the song based on the title. “I think people can form, maybe, a wrong opinion by the name of it. It’s just about how amazing this country is. It’s OK to be patriotic about your country. People in my age group, we’ve kind of, I think, forgotten where we came from. The history of this country — it’s your morals, it’s, you know, your grounding. It’s kind of a last thought. People don’t really care about it. Unfortunately, eventually you will care about it when it actually affects you.”

Sasha also adresses how communication is evolving technologically and what that means for our country. “Freedom of speech s a big thing, and we have that in a good way and in a negative way because — especially on social media because people hide behind their computers. With that being said, you know, you have those outlets to make a difference and shed light on the good stuff in the world and the good stuff in our country. Hopefully people will receive that message.”

And Sasha isn’t the only one making the transition from Pretty Little Liar to Pretty Little Singer as her cast mate Lucey Hale (Aria on PLL) is currently working on a country album, with her first single due out some time this spring!

Oh, and of course I couldn’t resist a slight modification to the cover artwork… 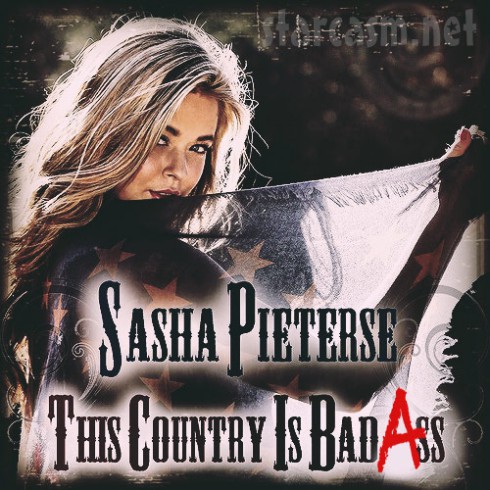 Pretty Little Liars returns to ABC Family Tuesday, June 11 at 8/7c. Oh, and in case you missed it, ABC Family has also announced a PLL spin-off titled Ravenswood, scheduled to premiere in October!

We are alive: Thoughts on Wrecking Ball by Bruce Springsteen