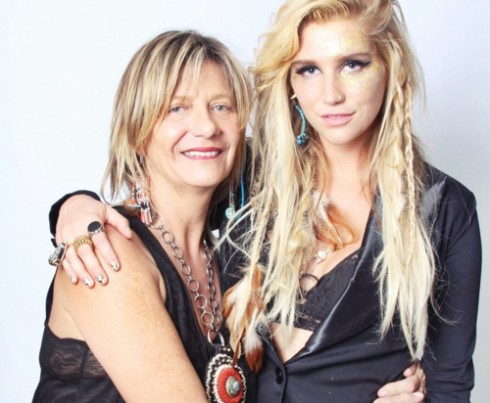 Pop singer Ke$ha is currently in rehab for an eating disorder and now her mom, Pebe Sebert, is speaking out about the pressure her daughter faced to lose weight by those responsible for advising her on her career.

In a statement to her fans, Ke$ha wrote in part, “I’m a crusader for being yourself and loving yourself, but I’ve found it hard to practice.”

Shortly after news of her rehab hit the internet, a report from TMZ, citing their sources as friends of Ke$ha, singled out producer Dr. Luke as a party to blame for Ke$ha’s struggles. They claimed that the hit maker starting calling her fat and complaining to her management about it. At one point during a video shoot in 2012 he was accused of saying that the “Tik Tok” singer “looks like a f**king refrigerator.”

A tweet was sent out including that supposed quote and Ke$ha’s mom was asked if her daughter would ever admit to that happening to which she replied, “Yes.”

Just before entering rehab, Ke$ha dropped a very racy music video for her single “Dirty Love.” In the clip she strips off her clothes and dances in lingerie and other revealing attire. It was another recent example of young female pop artists selling their sex to boost attention for their music. This issue came to the public’s attention when Britney Spears revealed that she felt she was pushed way too far to be sexy on her video for “Work B*tch.” 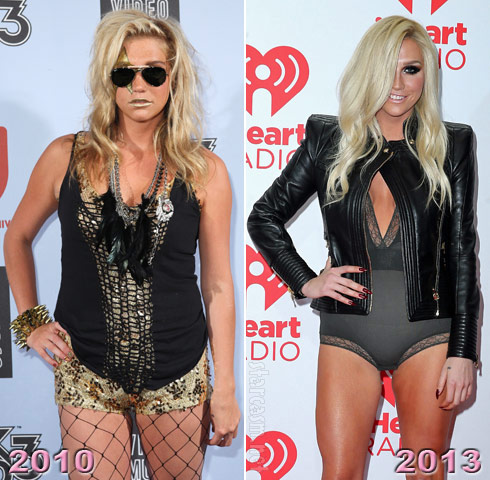 Now in a new statement to Radar, Pebe is spreading the blame around as she claims that another member of her team, a person labeled an “advisor” in the report, practically forced the pop star to lose weight.

“It wasn’t just Luke. She had an advisor who told her he had a meeting with a record company and they said she better lose 15 pounds in the next 30 days. He told her he didn’t care if she shoved her hand down her throat or took illegal drugs, but she had to lose the weight.”

Want to clear up, that it was Kesha’s former manager, NOT CURRENT, who also made hurtful weight comments to her.

Ke$ha’s mom then went into detail about her daughter’s disorder:

“She had been dieting and exercising and she got really thin and Luke told her she wasn’t thin enough and needed a trainer, but I couldn’t afford a trainer as a single mom. She came home a month or two later so skinny. She told me she was juicing and hiking Runyon, but she was throwing up. I knew at some point she’d done it. I told her it was dangerous…her teeth, her voice. She’d swear she wasn’t doing it anymore, but had a breakdown right before Christmas and told me she’d been doing it pretty much on a daily basis since two months after she signed with Luke.

When someone feels like they have no control, it’s like it was the only thing she could control. She had no control over her career, her time, where she goes. She’s like a show dog who gets called from point A to point B, but Luke’s comments to her pushed her into the next level.”

Some reports have recently surfaced claiming there was an ulterior motive for Ke$ha’s rehab, a problem with alcohol. This is a claim that Pebe Sebert flatly denies. “Seems some “Close Source”(LIAR) is trying to possibly shift the blame off the truth. Kesha is in an EATING DISORDER CENTER. It IS NOT ALCOHOL OR DRUG RELATED!!!!!!!!,” she tweeted.

Victoria’s Secret model Doutzen Kroes embraces her woman’s body: “I’m not a sample size at all”