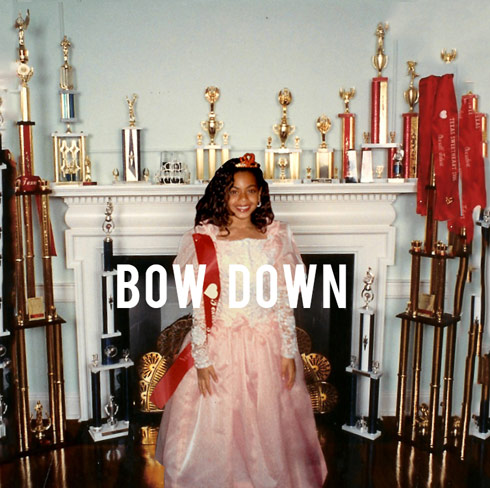 Beyoncé has released her first new music since 2011’s, 4, and it’s experimental to say the least. In fact, folks aren’t sure if it’s a single or just a sample to promote an upcoming work. Either way, “Bow Down / I Been On” surfaced on Bey’s SoundCloud and was accompanied via Tumblr with the above fierce beauty queen Knowles pic.

The track, produced by Hit-Boy, first features Beyoncé’s recognizable singing voice as she takes on a self-proclamating stance:

Then the vocals shift as her voice is altered to a slow rap feel. Check it out!

Whatcha think – are you bowing down?

Where does Beyonce buy her clothes? (Well, assuming she buys them)