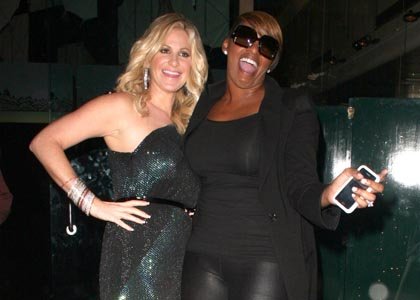 The Real Housewives of Atlanta‘s royalty Kim Zolciak and NeNe Leakes have had a rocky road since they started filming the popular reality show several years ago. We’ve had years of drama, name-calling, screaming, and makeups. This last time it seemed like both women were ready to never speak again, but it seems like they’re back to being friends again. Not best friends by any means, but NeNe has invited Kim to her televised wedding, and they both have buried their hatchet (if shallowly.)

The pair reunited on the latest RHOA reunion, and although host Andy Cohen expected fireworks, there were none. The two divas even hugged it out! 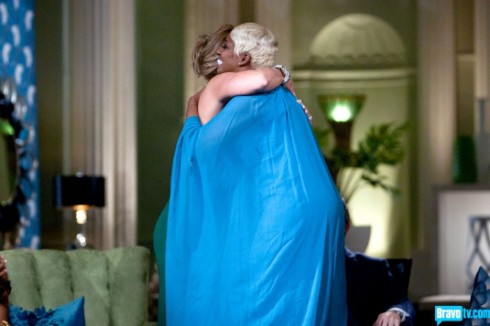 Nene says that after she left, Kim even sent NeNe a nice, long text:

“It’s Kim. No bullsh!t. A little sad, but I truly wish you well and I’m so happy for you. Someday I know we will laugh about it all. I will always care about you girl. XO.”

NeNe responded: “Thank you so much, some day we can make this right. I wish you and your family the best.”

UPDATE: In a special interview with Andy Cohen, Nene says they’ve continued to exchange heartfelt texts, and she desperately wants to trust Kim as her friend.

What do you think? Will these two stay friendly, or will drama evidentially crop up again? Maybe since Kim quit Real Housewives of Atlanta, there won’t be any need for either of them to stir up drama or hurt feelings.