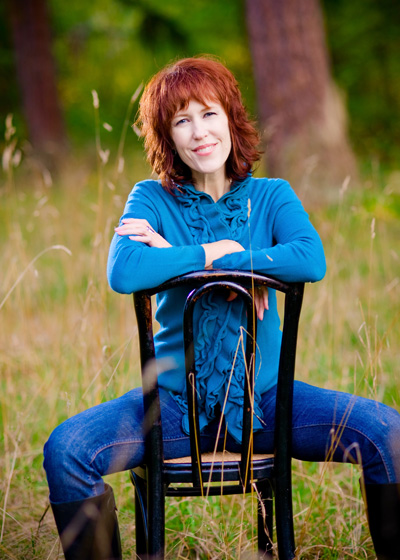 “I had a lot of shame because of the way that we think about what mothers should be,” Talyaa Liera says of her situation. She talks to her children regularly, worries about their health, sends them recipes and advice, but only sees them once a year because they live 2,800 miles apart. This situation isn’t exactly a strange one for some fathers; but is Talyaa judged more harshly for being a long-distance noncustodial parent because she’s a mother?

Talyaa believes her decision to live so far away (her kids and their father live in Pennsylvania, and Talyaa lives in Seattle,) was necessary because of a difficult divorce. “There was an enormous amount of conflict, and it was wreaking havoc on my children,” she told ABC’s 20/20. “I felt I had no other option but to take myself out of the equation and possibly sacrifice my relationship with my children to make things better for them.” Her ex-husband David Woosley claims there wasn’t that much conflict in their divorce, but Talyaa is steadfast in her belief that she did the right thing. She even changed her name in 2010 from Karen Murphy to Talyaa Liera.

Talyaa, who is now battling Stage 4 cancer, spends her time writing on her website, painting, making music, and practicing martial arts with her boyfriend. When 20/20 anchor Elizabeth Vargas asked Talyaa if talking on the phone and Skyping were as good as being with her children, she answered “I can’t tell you if it’s as good as, it’s just different.”

“Do you love your children?” Elizabeth asked. “Absolutley, more than anything.” Talyaa replied. When the ABC anchor pushed farther “More than yourself?” Talyaa’s answer was thought provoking “Should a mother love her children more than herself?”

One of Talyaa’s children has Down syndrome, and the longest time she’s been without seeing him is over two years. “You have a special needs child. Did it make you think that you owed it to him to be there for him?” Elizabeth asked. “Eric is the kind of child that connects to whomever he’s around. It sounds strange to say this from his mother, but people are kind of interchangeable with him, and I can tell from how he is that he will have a wonderful life with whoever he’s around.”

According to ABC’s data, there 2.4 million noncustodial mothers in the United States, with some of them giving up custody voluntarily. Another mother like Talyaa is author Rhana Reiko, who never wanted to be a mother, and says she’s the recipient of hate because of her decision to give up custody of her children.

“I got death threats, people telling me that I am evil, that I’m human garbage,” she said. “Immediately, the response was that friends of mine would cross the street to get away from me.” She believes if she were a father, the response toward her would be less severe, perhaps nonexistent.

“People have this idea of what a good mother is; I don’t fit that mold. But I definitely fit the mold of a terrific divorced dad,” she says. “I think if I was a man, none of this would be an issue.”

“I believe that better women make better mothers. When you know and love yourself, then you can be a better mother for your children,” Talyaa says. “I think no mother should completely sacrifice. I think to sacrifice your own wants and needs and desires for someone else: what kind of a message is that sending your children?”

Even though her ex-husband disputes that there was a lot of conflict in their divorce, he thinks the arrangement has been great for the family. Taylaa’s oldest child, Nathaniel is happy too, and is glad that he doesn’t harbor any resentment towards his mom, but his 11-year-old sister Serena has very mixed feelings. She has happy memories from when her mom lived with them, and saves every momento of her mom she can. But she also has some anger because she’s had to take on a motherly role towards her younger brother Eric, who has Down syndrome. She feeds him, and helps him with everyday tasks. “Sometimes I actually am kind of angry with her,” Serena admits. “I don’t have a mother to do what a mother does.”

It’s far too common for fathers to be absent from a child’s life, but does that mean it’s ok to let mothers off the hook for leaving their children? What do you think? Is it ever okay for a mother to make the decision give up custody of her children?

REPORT In March no U.S. troops died in combat, the first time in over a decade