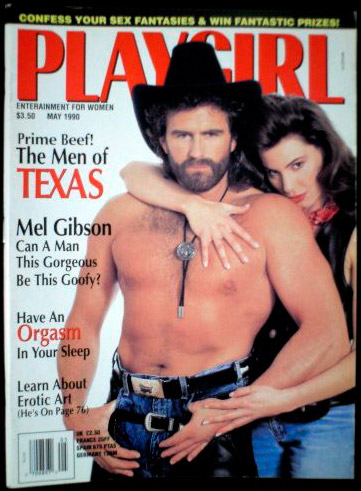 This third season of Real Housewives of New York has been breaking ratings records, and breaking the fragile skin of all the housewives. Sure, these fights and blow-ups are staged, but the non-stop barbs and assaults must surely slice their delicate socialite skins on occasion. One must suffer dearly for two things: beauty, and fame.

The cuts that hurt the worst are the ones armed with the poison of truth, and Countess LuAnn Nadeau de Lesseps (former Playgirl model!) has twice been at the end of an accusation that may be more than a rumor: that although her Count Alexandre left her for an Ethiopian princess, she has also been less than faithful over the years. In the second episode this season Ramona screams this accusation over speaker-phone to Jill, who in a private interview implies that she may believe this as well. The fourth episode involved a quick yet brutal battle between Bethenny and Luann at a Pamella Roland fashion show where Bethenny tells Luann that Jill Zarin has been “telling everyone for the past year that you sleep around.”

This is definitely a huge matter of gossip and intrigue among the New York Housewives themselves, but where are they getting this info? What does Jill Zarin and/or Ramona Singer know that they aren’t telling us?

They may be going on a few online reports that are indeed a bit revealing. One in particular that may help explain what Ramona and Jill are talking about is a Page Six gossip item fromS eptember 29, 2008, five months before Luann’s husband ran off with Ethiopian Princess Kemoria Abajobar Abajifar.

In the report from Page Six, a woman named Lilian Raji and her female Korean friend (who was reading online gossip on her iPhone) were chillin’ at the St. Regis when they were accosted by the Classy Countess herself, armed with a little man-attracting advice. She told the Korean lady to stop “working so hard” on her “Blackberry,” and explained how men like submissive women with no power who don’t work. She told the woman, she had bonus points for being Korean, but still needed to put down her phone. Adding “you have to do what you have to do to snag a man.”

Last time I checked women with any degree of attractiveness have to beat men off them like sticks, especially if they look uninterested, but Luann likes to take a more desperate approach to picking up men on the side. That’s right, according to Ms. Raji,  The Countess wasn’t just at the St. Regis bar to give uninvited advice to young women, she was also trolling for men. After her free advice session she told the gals  “There are no cute men worth my attention here,” and left. Ms. Raji also noted that Luann “has been caught in clinches with other men this year.”

The following March, when her Count announced his departure from their marriage, a Gawker stalker reported seeing her traipsing around with a man in Koreatown.

Countess Luann de Lesseps nee Nadaeu is always a bundle of barely contained passive aggressive nerves. She seems held together only by her tightly clung-to title, it’s as if life isn’t worth living if all she’s just a concrete company heir of French-Canadian descend from Connecticut. She makes a point to even play up her “humble” roots by telling everyone that before she was an Italian Countess, she was a Native American from the Algonquin tribe. Don’t most Americans have a hint of Native American blood coursing through their veins?
She’ll continue to cling to her Countess title until she gets married again, but in the meantime she’s romancing a French wine distributor named Jacques Azoulay, who, incidentally likes poetry and playing the piano.
UPDATE: On the RHNY 3 reunion, part 3 (aired June 17, 2010), Luann didn’t directly admit to cheating on her husband during the last years of marriage, but would not deny it, and even insinuated that it was true. She said that she wanted people to know the truth about her.
Tweet Pin It