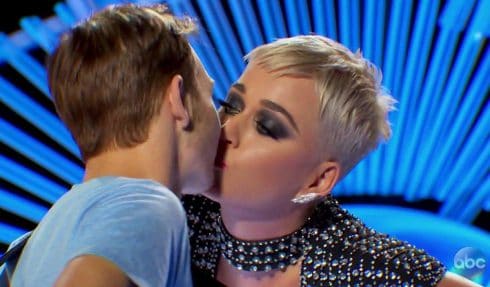 When American Idol judge Katy Perry found out that contestant Benjamin Glaze had never been kissed, she didn’t hesitate try to be his first.

The 20-year-old contestant revealed to the pop star that he was waiting on his first kiss until he was in his first real relationship. What happened next ended up making Glaze feel a bit “uncomfortable.”

She offered her check to be kissed, which he did. Then, she asked him to kiss her cheek a second time, but she turned her face at the last minute and he ended up locking lips with Perry. 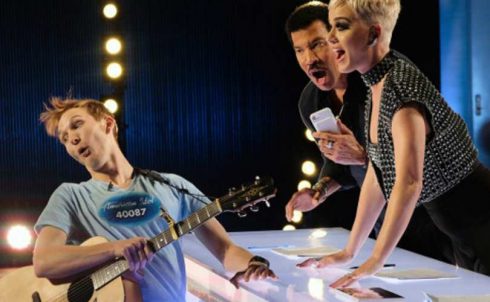 After the American Idol auditions Benjamin started dating a girl named Carrie, and got a second chance at a first kiss. “Katy Perry was my first kiss, but Carrie was my first kiss in a real way,” Glaze told Inside Edition. He added that the kiss with his girlfriend was just as special as he had dreamed it would be.

Carrie says she finds it “cool” that her boyfriend kissed Katy Perry and Benjamin has made it clear in an Instagram post that while he felt uncomfortable with kissing Katy because he was saving his first kiss for a special moment, he did not feel sexually harassed by the pop singer.

“I do not think I was sexually harassed by Katy Perry and I am thankful for the judges comments and critiques,” he wrote. “I was uncomfortable in a sense of how I have never been kissed before and was not expecting it.”