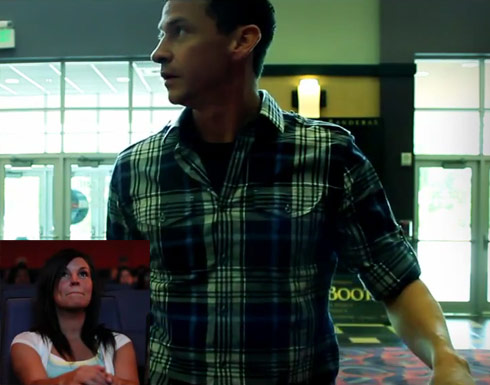 In our modern world of social media and amazing celebrity blogs {ahem} it’s hard to get noticed.  Well our man Matt Still took it next level with his going viral proposal to his sweetheart Ginny Joiner.  Dude went and had an entire theatrical movie trailer filmed, invited family and friends to a local theater and surprised his soul mate Ginny with said proposal trailer.

Here is the trailer for Making the Movies Jealous along with Ginny’s reactions for our man Matt who is making the rest of us look like total only one knee posers:

He’s talking with her dad, the voice over is dropping “soul mate” and her dad even says, “I’d love to have you as a son-in-law.”  The girl had no choice but to say yes.  I mean when he stopped and took time to get a small popcorn I wanted to marry him!  The only beef I got is that it was before catching Fast Five.  Now I know Vin Diesel thinks the film has a shot at an Oscar but couldn’t our guy have went with a Rom-Com?

Congratulations to Matt and Ginny on their engagement and for truly Making the Movies Jealous. 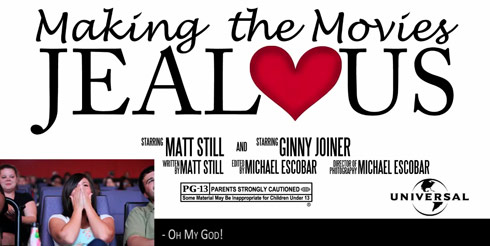 OMG in deed Ginny.  Just to make it worse for the rest of us dudes here is Ginny flashing the bling that sir Matt placed on the right left hand.  She posted this “gem” to her Facebook page: 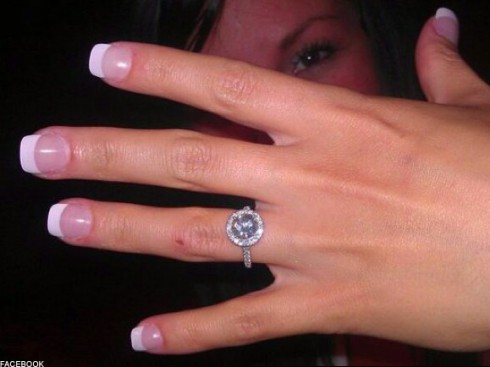 Matt, give us boys a break bro.

Beware of hitchikers: incestuous Bonnie and Clyde are still loose