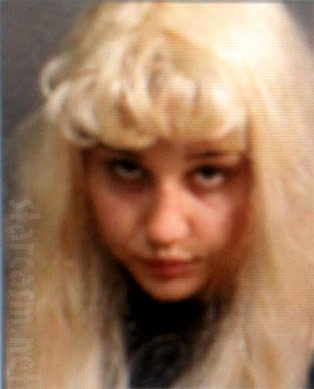 After being arrested in her New York City apartment Thursday night for allegedly smoking pot and tossing a bong out her 36th floor window, Amanda Bynes appeared in court yesterday where a judge released her on her own recognizance. Of course it took no time at all for Amanda to take to Twitter to give her side of the story — and it is nothing short of fantastical.

Amanda’s first tweet addressed reports that cops were initially called because Amanda was seen rolling and smoking marijuana in the lobby of The Biltmore on W. 47th Street where she lives and that there was marijuana smoke in her apartment. It also addresses the bong issue and… plastic surgery?

“I only smoke tobacco I don’t drink or do drugs,” Amanda wrote on Friday. “I’ve never had a bong in my life! I need to get another nose job after seeing my mugshot! 😀 ”

A couple hours later she joked about the disheveled wig seen in numerous photos (including her initial mug shot photo – seen above) and videos of the star over the last few days. “I need Nicki Minaj’s wig person stat! 😛 ” she tweeted.

Today she took to Twitter again and offered up quite the narrative of what “really happened” leading up to her arrest:

Don’t believe the reports about me being arrested. It’s all lies. I was sexually harassed by one of the cops the night before last which is who then arrested me. He lied and said I threw a bong out the window when I opened the window for fresh air. Hilarious. He slapped my vagina. Sexual harassment. Big deal. I then called the cops on him. He handcuffed me, which I resisted, quite unlike any of the reports stated. Then I was sent to a mental hospital. Offensive. I kept asking for my lawyer but they wouldn’t let me. The cops were creepy. The cop sexually harassed me, they found no pot on me or bong outside my window. That’s why the judge let me go. Don’t believe any reports. 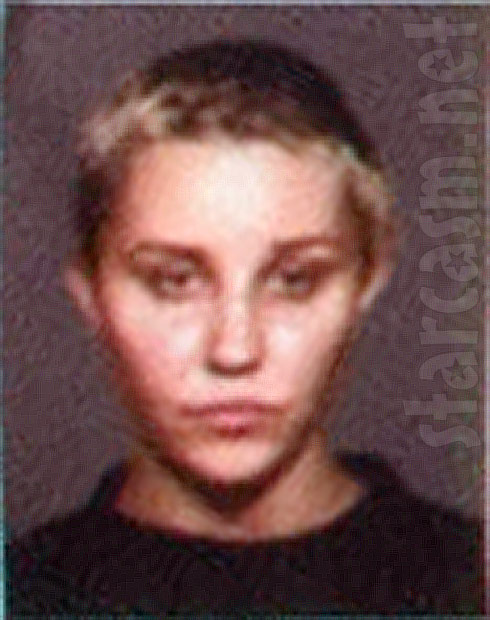 A “source close to Amanda” tells a strikingly different story to Radar Online about the 48 hours prior to her arrest. “In the last couple days leading up to Amanda’s arrest she was pretty out of control. At this point everyone knows she smokes marijuana, but it’s the combination of that weed with Ecstasy, Percocet and Roxicontin that is really making her crazy,” the source says.

“And Amanda doesn’t just do a little bit of these drugs, she does a lot and it makes her delusional and erratic, which is exactly what happened before she was arrested.” the source adds that Amanda was binging on drugs pretty much around the clock and her sense of reality has become distorted, adding “When she’s high, or even coming down from high she becomes extremely paranoid.”