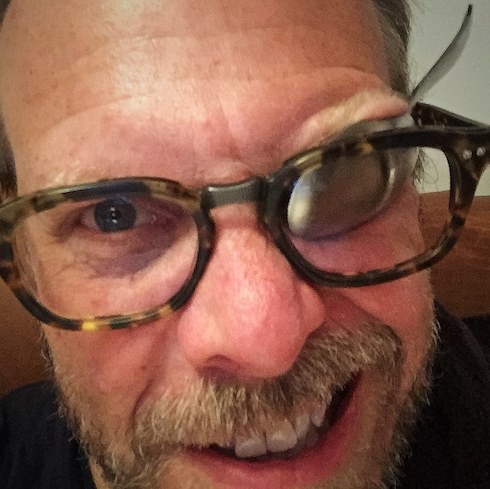 Alton Brown has some choice words for foodies and food culture. In a new interview with the New York Times Magazine, Brown calls into question what he refers to as the “pornification” of food in the United States, and wonders whether it might be time for a cultural change.

Among other things, Alton Brown interrogated the continued fetishization of celebrity chefs, taking would-be celebs to task for what he sees is a lack of substance in their style. “I got so tired,” Brown said, of hearing people tell me that the reason they should have their own show is that they love food so much.”

As Brown sees it,

Well, so freaking what? I love food. We all love food. If we don’t, we die. Even supermodels in New York secretly love food. That doesn’t make you special. And people who want to be stars often make the mistake of thinking that it does, and that if they can just show you how much they love it, they will somehow become compelling. This is not the case….At best, love is the gasoline. It’s not the car.

To his credit, Brown did suggest that his employer might be a part of that problem. The distinction, he says, is that food, because we need to eat it, is always going to be a popular topic. And, for that reason, channels like Food Network and shows like Food Network Star, which Brown himself used to host, “mirror[s] other things in society as much as [it drives] things in society.”

“All food media certainly bears responsibility,” Brown added, “which is not the same as saying we are at fault.”

As for food and nutrition deficits in this country–let’s not forget that Good Eats was so much more about education than it was entertainment–the Alton Brown interview revealed a great deal about how the influential chef sees America today.

Brown addressed the long-standing rumor that a few years ago, while giving a speech in Washington, he said words to the effect of “If you’re dumb enough to eat fast food three times a day, you should just die and get out of the way of the rest of us.” That topic allowed Brown to explain the difference between making poor food decisions and having few or no decisions to make:

Well, I don’t remember saying that! I do, however, believe that if you’re going to eat fast food three times a day and then complain about it, there is a problem there. But the price gap between junk food and real food only seems to be widening, so I wouldn’t say that anymore. We have designed our system to force people into nutritional slavery….I get that there are people who can only afford to fill their stomachs with bad, cheap food. But I do think that most of us need to actually take responsibility for what we’re putting in our mouths. Obesity is not a disease. Can it be caused by diseases in certain rare cases? Yes, but the second that our society starts thinking that shoveling Big Macs into our face is a disease then we’re done, we’re done as a culture.

The newest Alton Brown interview comes just a few weeks after Brown called out fellow celebrity chef Anthony Bourdain, whose summer tour comments slagging off Food Network chefs made waves. (Brown, it should be pointed out, was a notable exception to Bourdain’s general trashing of the Food Network’s celebrity line-up.)