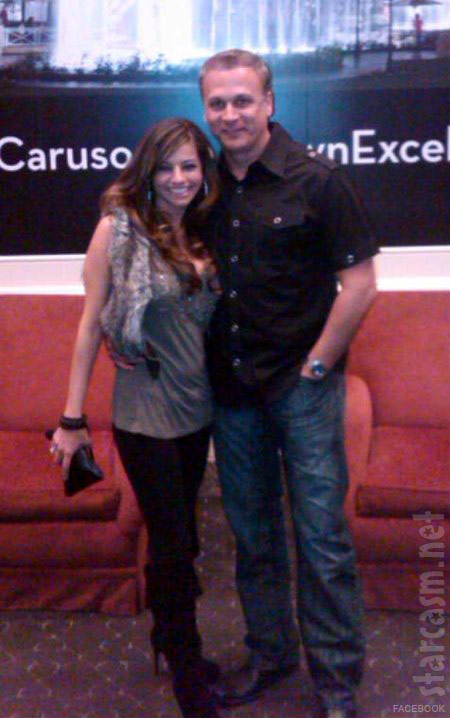 In a previous post I revealed that The Real Housewives of Orange County‘s Simon Barney appears to have moved on after his less-than-amicable split from wife Tamra Barney. At the time all we knew was that he had a girlfriend and that she was an attractive brunette. (At least she looks mighty attractive to me, judging from the photos!)

Simon went public with his new relationship back in October of 2010 and going by Simon’s recent Facebook updates and photos the two are still together and loving life! So what have we learned about Simon’s new lady since October? Not too much really, other than she’s still brunette, and still attractive. We do however have a name! 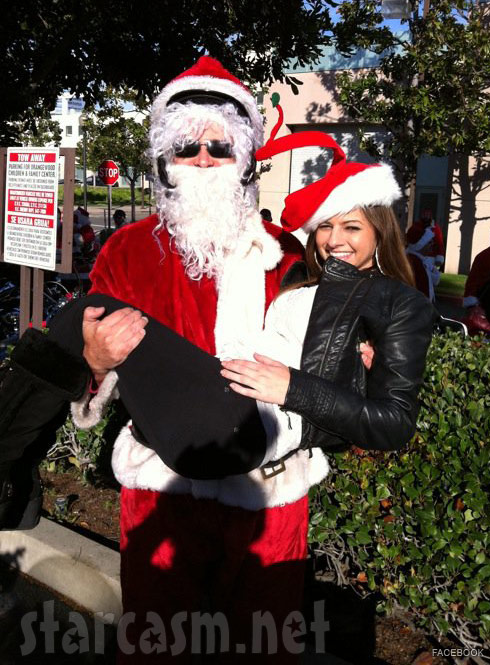 ^ Simon Barney as Santa Claus getting the best Christmas gift ever!

There you go! We at least have enough to sing a rhyme: “Kay and Simon sittin’ in a tree…”

Just after kissing in the tree, Kay must have fallen out because Simon reveals she has recently had knee surgery. On Valentine’s Day Simon shared this update:

Simon Barney Patrick, She is still recovering from knee surgery. I’ve been taking care of her the best I can in between my kids, work, etc. She injured her self trying to get around her place while I was in SF. I think I also broke my back carrying her up and down the stairs. LOL

(I don’t know about the “trying to get around her place” story, I think the knee injury may have been the result of boogy-oogy-oogying with Simon’s kids! In an unembeddable video clip Kay unknowingly gets caught on camera by the lil Barneys having a fun time playing Dance Central on Xbox Kinect.)

Simon taking care of Kay was just some old fashioned good karma coming down because Kay had helped out when the Barney family was stricken down with the flu. From Simon on November 14:

Omg. I’m still awake. All three kids are sick now. Throwing up till they having nothing left. Must be stomach flu. Be careful you don’t catch it. I guess I’m next. Ran out of towels. Washing load after load of towels and sheets. Lol. Even My girlfriend came over to help. She is the best. Willing to risk exposure to help us. Wish she was still here to help so I can sleep. Lol. 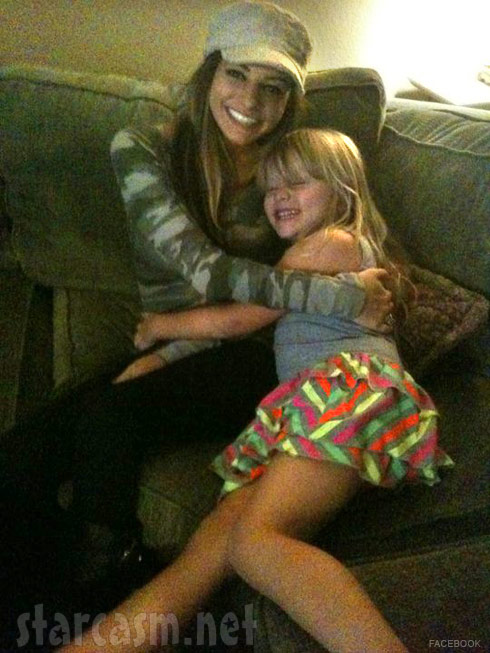 It seems Simon has a good thing going! No matter whose side of the break up you were on you would probably agree Simon and Tamra had reached a point where they were toxic for each other, so it’s good to hear both parties seem to be moving on after such a tumultuous break up.

That being said, Simon and Tamra still have their issues and they occasionally play out online and will most certainly be featured in the upcoming season of The Real Housewives of Orange County. Occasionally Simon will post comments obviously addressing his relationship with Tamra, like this one from November 17:

Don’t let people try to take or steal your happiness. People hate to see other’s happy. Especially if their miserable. When you get that call, text, email or visit that is intended to bring you down. Just ignore it and smile and keep your happiness in tact. I do…. Yenrab Nomis

unselfishness – the quality of not putting yourself first but being willing to give your time or money or effort etc. for others.

I always seem to get the short end being unselfish and trying to make the selfish happy. Why can’t I learn? Because God made me this way and it in my nature.
Niaga Em-sti Haey

(By the way, read his “signatures” backwards)

A commenter asked him about Tamra Barney’s recent appearance on George Lopez Tonight:

Commenter Please tell me you are planning to do something about this George Lopez show that Tamra took your oldest daughter too and talked about very inappropriate things.

Simon Barney Not much I can do legally. I’ve asked her be aware of what she does, because it does affect the kids. And that everything is a permanent record if it is on tv or Internet. And how it could haunt our kids for years to come. “You can point to where the water is in a Dessert, getting them to go and drink it is a Different story. “

He also addressed a photo and story that appeared on TheDirty.com that alleges Simon partied and got pretty intimate with a man thinking he was a she. Simon responded to that story as well:

1st. This article says this picture was taken last weekend.. How Strange! because I was 7,000 miles away in Hong Kong on business.

2nd . The girl I’m currently dating over 4 months now, looked at this pic and remembered that night. It was actually taken over two months ago when we were both out together with her brother.

Lastly…So photoshoped. You can tell these are two different pictures. The Shadows are opposite on each person.

Finally- I have kids that don’t need this crap-and this should really be confirmed before being published anywhere. Very amateurish and juvenile..

This just goes to show that once you appear on a reality show it is SUPER hard to shake the drama and media attention that will follow you around like a hungry dog you gave your hamburger to.

Anyways – Good luck to you Simon, and congrats on finding a little happiness and stability!

VIDEO Vicki Gunvalson regrets divorcing Donn, says she would get back together