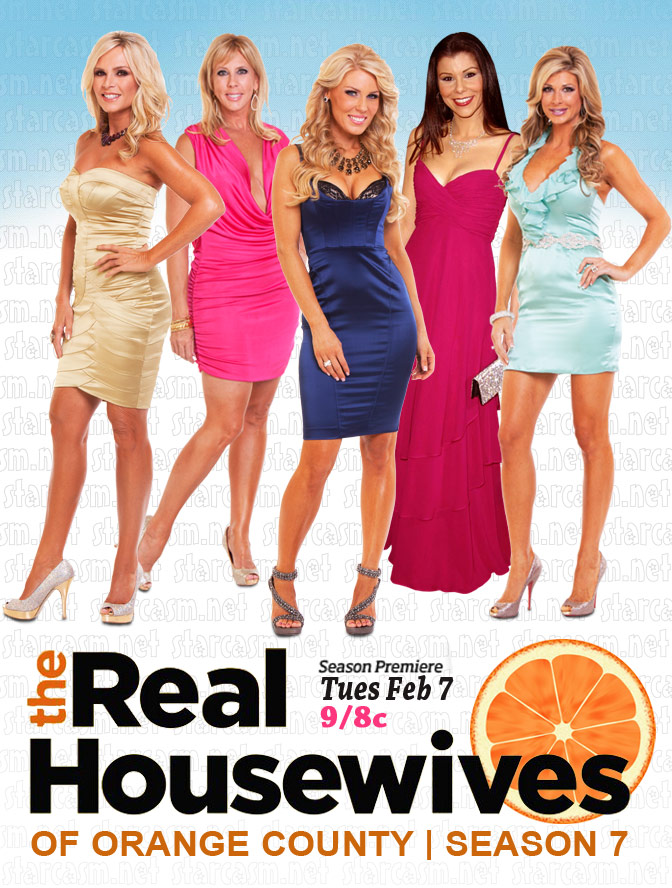 The original drama mamas of the OC are coming back for their seventh season on February 7! The announcement came via a Bravo press release earlier today that also touted brunette newbie Heather Dubrow as the newest cast member.

Over the last year or so Bravo has been rather tentative in announcing new additions to their Real Housewives franchises as official cast members, due in part I’m sure to some of their choices not really panning out (See: Fernanda Rocha, Marlo Hampton, Cindy Barshop, and wasn’t there another lady on RHONYC that wound up almost completely on the cutting room floor?) But Heather not only gets the secondary headline in the press release, but also merits an official cast bio on the BravoTV.com web site when most of the recent additions in all the cities (even the Beverly Hills breakout star Brandi Glanville) are initially listed as “Friends of the Housewives. 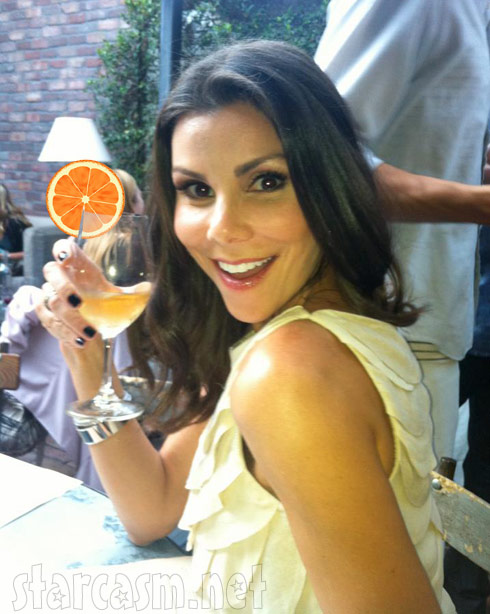 So congratulations to Heather Dubrow on becoming an official new housewife on The Real Housewives of Orange County! I’m sure she must have earned that title by being quite entertaining so I can’t wait to “meet” her!

So what else is in store this season? The press release below goes into more detail, but the highlights include:

• Tamra moves on with Eddie Judge, but can’t decide just how fast to move on.

• Tamra and Gretchen try to make nice and bury the hatchet.

• Gretchen and Slade start having difficulties as Gretchen begins performing with The Pussycat Dolls and Slade continues obsessing over former feuds with Tamra and Vicki and tries to make things right with his son Grayson.

• Vick Gunvalson’s family goes through a major overhaul as she gets serious with boyfriend Brooks Ayers and her daughter Briana Wolfsmith elopes with boyfriend Ryan Culberson.

• Alexis finds it difficult running her clothing line Alexis Couture AND being a full-time housewife.

By why have me tell you what to expect when the ladies can do it themselves!

NEW YORK – December 19, 2011 – Bravo’s original series that started the hit franchise, “The Real Housewives of Orange County,” returns for season seven on Tuesday, February 7 at 9pm ET/PT. Reeling from the repercussions of last season’s drama, the series once again ventures behind the gates for a salacious look at the loves and lives unfolding inside one of Southern California’s wealthiest communities. This season Vicki Gunvalson, Tamra Barney, Gretchen Rossi and Alexis Bellino welcome brunette bombshell Heather Dubrow, a former actress and now stay-at-home mother of four who is married to a prominent Newport Beach plastic surgeon.

Still in the process of divorcing Donn, Vicki puts her house up for sale and introduces the wives to Brooks, her new Southern boyfriend. Vicki is blissfully in love, but her kids and some of the women start to worry that Vicki is moving too fast with this relationship. Vicki continues to deal with her daughter Briana’s health issues, but it’s another shocking surprise that leaves Vicki completely speechless.

Longtime foes Tamra and Gretchen finally try to bury the hatchet and begin a blossoming friendship. But this unlikely twosome causes a strain in both Tamra’s relationship with best friend, Vicki, and Gretchen’s romance with boyfriend, Slade.

On the precipice of finalizing her divorce from her ex-husband, Tamra begins to take her relationship with boyfriend Eddie to the next level. But with so much change in her life and her new-found sense of freedom, Tamra is torn between jumping in head first or taking it slow.

Gretchen begins a daring new chapter in her life when she takes to the stage as a singer and dancer with the Pussycat Dolls in Las Vegas. Her relationship with Slade becomes strained as he continues to dwell on past battles with Tamra and Vicki.

Alexis continues to test the boundaries of independence with her husband Jim when she gets a job as a correspondent with a local morning news show. She also continues to run her dress line business, but is quickly learning that it’s not easy to manage it all and run a household. As Tamra and Gretchen become closer, Alexis fears she is losing her only ally in this group of women.

Season seven of “The Real Housewives of Orange County” is produced by Evolution Media for Bravo, with partners Douglas Ross, Gregory Stewart and Kathleen French along with Scott Dunlop and Kevin Lee serving as executive producers.

Terry and Heather Dubrow scammed out of millions by Jennifer Bell, lawyer and accountant