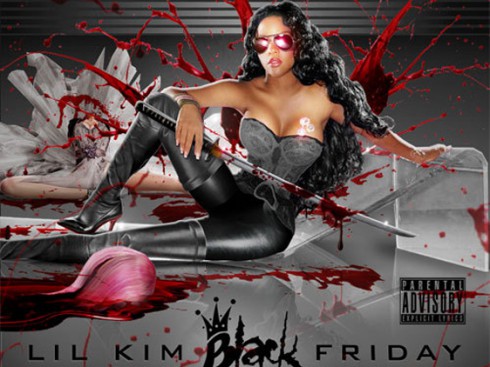 This all started with  young rap caricature Nicki Minaj (with an epic booty) called Lil’ Kim a “has been” on her rwarrtastic “Roman’s Revenge” song from her hit album Pink Friday.

Lil’ Kim was pissed, and she wanted her own Revenge. She ripped Nicki a new one on a new song “Black Friday” and then put out a mixtape February 14, 2011, which sold over 100,000 copies and generated over $1 mil. The cover art featured a decapitated Nicki, blood splatters, and Lil Kim holding a samurai sword like she’s The Bride.

Now that’s some sweet revenge, taking a diss and turning it into marketing fodder.

Nicki, however, is taking comfort in the fact that Lil’ Kim’s comeback of sorts wouldn’t have happened without Nicki’s insult, just like the way Lil’ Kim paved the way for Nicki Minaj?

The same way [Lil’ Kim] opened doors for me, I’m opening doors for her. Nobody was playin your music and you damn sure couldn’t get an interview. You getting interviews [now] and every time you do interviews they’re asking you about Nicki. So it’s like we help each other. I respect you, I love you, I’ve said it in every interview time and time again. And if that’s not good enough with you, mama, then it’s something deep-rooted in you. It’s not Nicki Minaj.

Any way you look at it, Nicki’s right that Lil’ Kim is getting lots of press out of this, but it was a little needlessly hurtful to take such a cheap shot at someone who really did pave the way for her success. Kudos to Lil’ Kim for milking it for all it’s worth. Play that game, gansta. There’s room enough in this world for at least two successful female rappers.