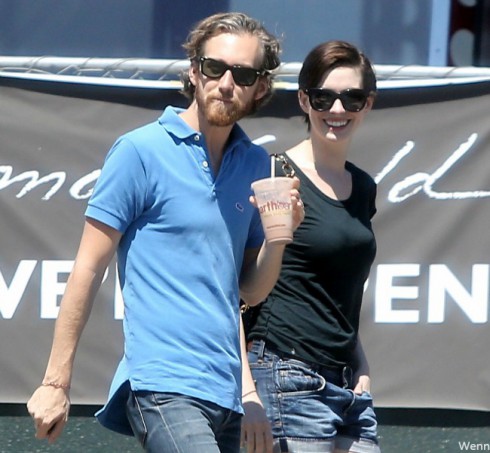 After reports began circulating on Wednesday morning that Anne Hathaway is pregnant, the Academy Award winner’s rep was quick to clear the air: Anne is not expecting her first child with husband Adam Shulman. (Or anyone else.)

According to the false rumors in Star, Anne’s brother “let the baby bombshell” slip while performing a stand-up routine on Oct. 30.

“He said, ‘My sister got married last year, and now she is about to be a new mom!’ I don’t think he realized what he had done,” a witness said of Tom Hathaway’s “blunder.” The initial Star report was repeated by Radar Online.

Although there seemed to be some veracity to Star‘s cover story, this proves we can’t believe everything we read!

When Anne does expect her first child, the Les Misérables actress previously said we may hear her shout the news from rooftops.

“Oh, my God. I want to be a mother, and I anticipate loving my children quite fiercely. I think about it all the time, though it’s a silly thing to think about because the kind of mother I’ll be depends on the kind of children I have,” she told Vogue in December 2012. “I can’t wait to meet them.”