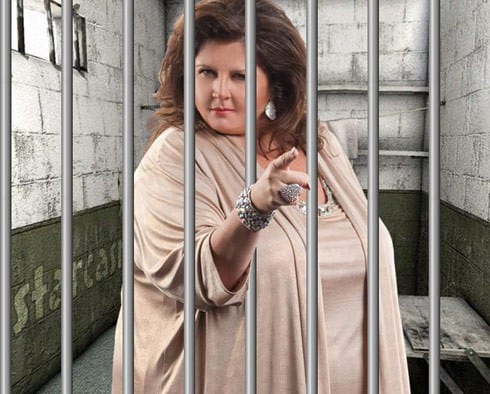 Abby Lee Miller, the controversial former star and lead dance instructor from Dance Moms, has been sentenced in her bankruptcy fraud case.

Miller has been sentenced to federal prison for 1 year and 1 day followed by 2 years supervised release.

Miller entered a guilty plea on June 27, 2016, for not reporting income during her bankruptcy filing. The prosecutors sought a jail sentence for the crime. During closing arguments, the prosecutor argued that Miller went “from a dance mom to a dance con.”

Steve Pope, a journalist covering the trial, shared the following emails in which Miller called the judge assigned to her case a “d**k” and implied, according to prosecutors, that she tried to hide money during her Chapter 11 filing:

One of #DanceMoms Abbie Lee Miller's emails proving, prosecutors say, she tried to hide money during her Chapter 11 Bankruptcy. pic.twitter.com/T1RrOfIsn1

In a 2013 email #DanceMoms Miller makes it clear how she feels about the judge overseeing her bankruptcy case. pic.twitter.com/h0Swrv4qPd

Miller’s defense invited a number of character witnesses to speak on her behalf–and a surprising moment occurred when one stated that Abby Lee committed fraud at the behest of her attorney.

The judge in the case previously posted temporary findings all but agreeing with the defense’s position that, since the creditors lost no money after the fraud was unearthed, the 50-year-old only deserved probation–so the decision today was somewhat surprising.

Noted rivals of Abby Lee from the show, Kelly Hyland and Christi Lukasiac, were on hand:

When Miller spoke on her own behalf, she actually invited the judge to lunch:

BREAKING :Abby Lee Miller to Judge Conti, " I wish you could take my class…..I really want to go to lunch with you after this…."

She went on to explain that she was not aware that she had signed a four year contract for the show and that her appearance made her the “laughing stock of reality TV.”

After announcing the sentencing, the judge told Miller, “It’s important for you to follow the rules just like you have your students do.”