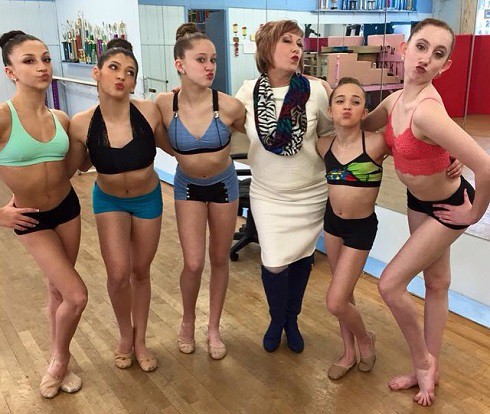 “What happened to Cathy Nesbitt-Stein?” fans wondered, as Abby Lee Miller’s rival was noticeably absent from the latter half of season five of Dance Moms. Cathy, dance instructor of Candy Apples Dance Center, was first seen in season one, as her daughter Vivi-Anne was being instructed by Abby. After a fallout between the two instructors, Cathy built her own competition dance team and became Abby’s fiercest rival.

Explosive episodes showcasing this rivalry aired through the first half of season five, until Cathy gave control of the Candy Apples competition team to choreographer Jeanette Cota, whose daughter Ava also briefly danced at the ALDC.

The explanation for her disappearance is simple: “It was a very busy time for my studio,” Cathy told International Business Times during filming of season 5. “I had to explain to them that, you know, I also have a business and don’t feel comfortable leaving my clientele with no one when I’m the one that producers the whole entire show.”

Because of her busy schedule, Cathy allowed Jeanette to take on the role of choreographer for the competition dance team featured on the show, as well as take her place as enemy number one of the ALDC. “There’s not a whole lot I can do when I’m not there and I’m not in LA and Jeanette was definitely a dance teacher, so she stepped up,” Cathy said.

Regarding the upcoming season six, Cathy has expressed interest in returning to the show. “I would love, love, love to come back to the show. I absolutely enjoy doing it. If they could do something that they could come back here I would definitely be very interested participating with them,” she said.

Viewers of the show have expressed interest in seeing Cathy take over Abby’s spot. As previously reported, whether Abby is returning to the show is questionable. Cathy has stated that she would love to fill Abby’s spot in the show, but she doesn’t believe that Abby would be on board with the idea.

Cathy’s daughter, Vivi-Anne, continues to compete on Cathy’s competition team, and she also has a secret project in the works that Cathy says Dance Moms fans will enjoy.

Dancers can also work with Cathy at A Day of Dance, an event scheduled for September 20 in Columbus, Ohio. This event gives dance students the chance to work with choreographers and offers performance and competition opportunities.

This is around the corner who will I get to see. Looking forward to meeting you! pic.twitter.com/JlLY2pdNRZ

Viewers will have to tune in to season six to find out whether or not Cathy and Vivi-Anne will return to the screen. A production schedule has not been set for the new season, but the season has been confirmed and new dancers are being auditioned for the show.